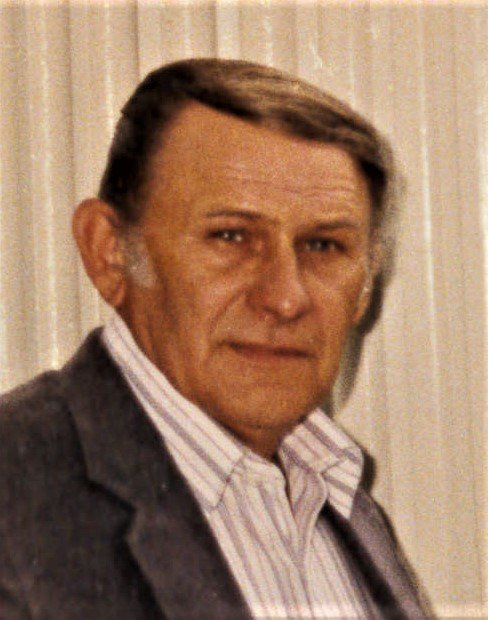 Gary Lee Johnson, age 84 of Leonardville, passed away Monday, June 7, 2021 at the Leonardville Nursing Home. He was born on April 29, 1937 in the Pleasant Hill Community, the son of Irving and Gerna (Siebold) Johnson. He graduated from Leonardville High School. On January 17, 1961 in the Parish Hall of the Riley Presbyterian Church, he married Shirley Jo Hageman. Gary owned and operated Johnson Welding and was a blacksmith, welder and fabricator. He enjoyed conversations with the coffee crowd in Leonardville and taking bus trips to the casino. In his younger years, he liked to hunt and fish and play golf. Going to auctions and collecting antiques were also an interest to him. He is survived by his wife Shirley Johnson of Leonardville; one son, Gregory Johnson and wife Sun of Manhattan; one daughter, Sue Knight and husband Mitch of Leonardville; two brothers, Gail Johnson of Waterville and Mike Johnson and wife Cindy of Leonardville; one sister, Sharrie Peterson of Keats; two grandchildren, Jesse Knight (Deidre) of Council Grove and Whitney Knight (Jeff Huber) of Leonardville and two great grandchildren, Braelyn Grace Huber and Karson Lee Huber. He was preceded in death by his parents and his brother-in-law, Earl Peterson. Funeral services will be held at 10:30 a.m. Friday, June 11, 2021 at the Fairview Presbyterian Church with Pastor Gerry Sharp officiating. The family will receive friends from 6:00 until 8:00 p.m. Thursday at the Anderes-Pfeifley Funeral Home. Burial will be in the Fairview Cemetery. Memorials may be made to the Fairview Presbyterian Church and left in care of the Anderes-Pfeifley Funeral Home.
To order memorial trees or send flowers to the family in memory of Gary Johnson, please visit our flower store.
Send a Sympathy Card