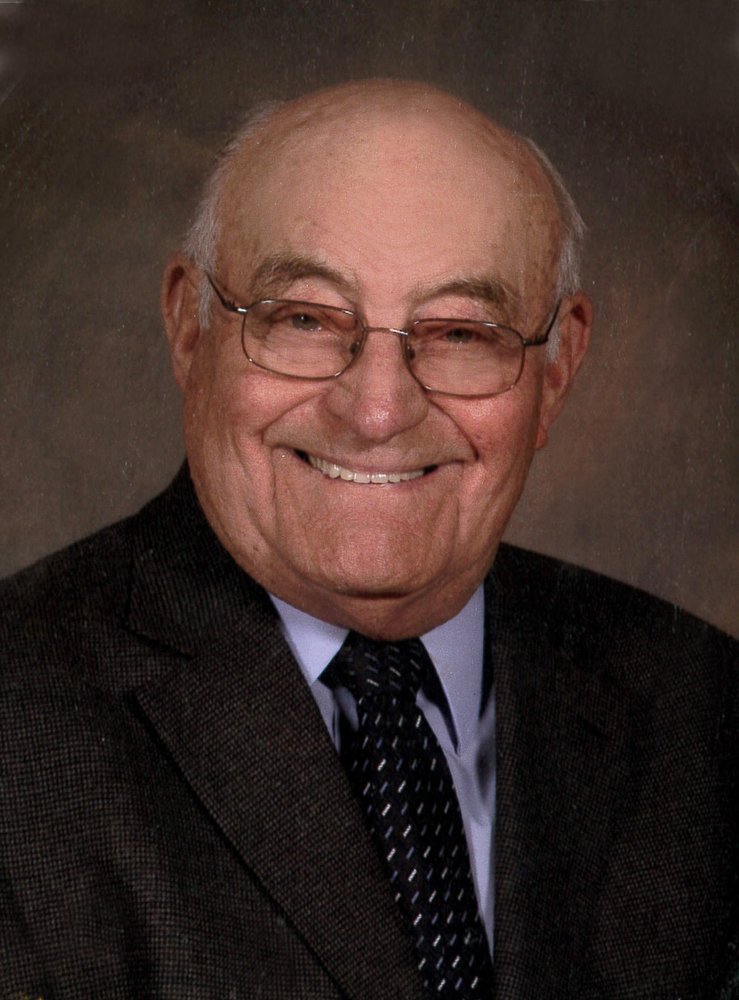 Frederick “Fred” Dale Wohler, age 88 of Leonardville, passed away Monday, January 9, 2017 at the Via Christi Hospital in Manhattan. He was born on January 7, 1929 on the farm near Leonardville, the son of Laurin V. and Stella E. (Hageman) Wohler. He graduated from Randolph Rural High School. On September 29, 1957 at the Keats United Methodist Church, he was married to Betty Jo Hollowell. She survives of the home. Fred was a farmer in the Leonardville area and also a carpenter for 17 years for McCullough Construction Company in Manhattan. He was a member of the Randolph United Methodist Church, a Past Master of the Masonic Lodge AF & AM and retired as a captain in the National Guard. Fred loved going to all of his children’s, grandchildren’s and great grandchildren’s activities in school and sports. It did not matter what event or activity was taking place, Fred was always the biggest Riley County fan. He enjoyed farming, making pies and doing fun projects around the house. Fred’s laugh was contagious, and it has often been said that he never met a stranger. In addition to his wife, he is survived by his daughter, Kim Nelson and Troy Bailey of Manhattan; his daughter-in-law, Robyn Wohler-Davis and husband Greg of Clearwater; a sister, Bernadine Anderson of Topeka; five grandchildren, Mike Nelson and wife Becky of Leonardville, Jordy Nelson and wife Emily of Suamico, Wisconsin, Kelsey Nelson of Leonardville, Karsen Wohler of Wichita and Logan Davis of Wichita and six great grandchildren, Izabel, Teske, Koy, Rhett, Royal and Brooks. He was preceded in death by his son, Kevin Wohler; his sister, Twila Ericson; his brother, Kenneth Wohler and two brother in laws, Paul Ericson and Clayton Anderson. Funeral services will be held at 10:30 A.M. Saturday, January 14, 2017 at the Randolph United Methodist Church with Pastors Sandy Ferguson and Garrett Kennedy officiating. Respect calls may be made anytime Friday at the Anderes-Pfeifley Funeral Home in Riley. The family will receive friends from 6:30 until 8:00 P.M. Friday. Burial will be in the Leonardville City Cemetery. Memorials have been established for the Randolph United Methodist Church and Leonardville Pride. Contributions may be left in care of the Anderes-Pfeifley Funeral Home in Riley.
To order memorial trees or send flowers to the family in memory of Fred D. Wohler, please visit our flower store.
Send a Sympathy Card