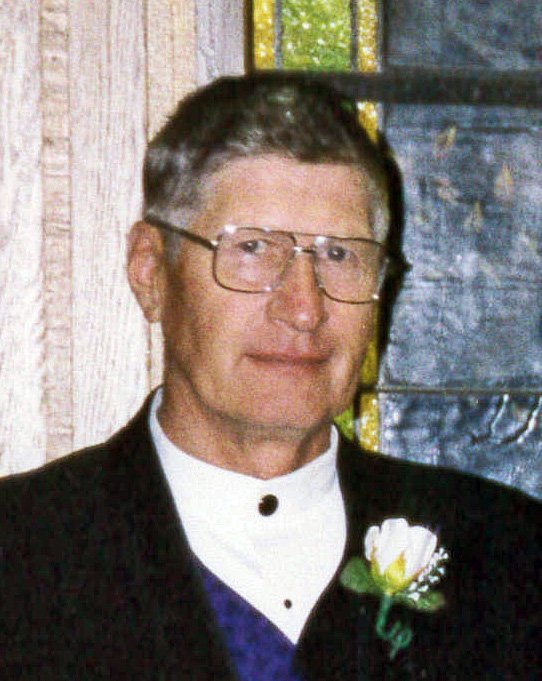 Franklin Jerome Steenbock, age 82 of Leonardville, passed away on Sunday, June 17, 2018 at his residence.

He was born on December 5, 1935 in Clay Center, the son of Walter Detlef and Esther Mable (Larson) Steenbock.

Frank was a lifelong farmer and continued to help with harvest until last year.  He owned and operated Steenbock Dozer with his father and then by himself.  He was a member of the St. Paul Lutheran Church and was a longtime season ticket holder for KSU basketball and football.  He enjoyed watching his grandchildren’s sports and activities and the Kansas City Chiefs and Royals.

In addition to his wife, he was preceded in death by his parents; his brother, Orville Steenbock and his granddaughter, Klarissa Keesling.

Funeral services will be held at 2:30 p.m. Friday, June 22, 2018 at the St. Paul Lutheran Church in Clay Center with Rev. Paul Tessaro officiating.  The family will receive friends from 7 until 8:00 p.m. Thursday at the Anderes-Pfeifley Funeral Home in Riley.  Burial will be in the Leonardville United Methodist Cemetery.

A memorial has been established for the St. Paul Lutheran Church.  Contributions may be left in care of the Anderes-Pfeifley Funeral Home.

To order memorial trees or send flowers to the family in memory of Frank Steenbock, please visit our flower store.
Send a Sympathy Card