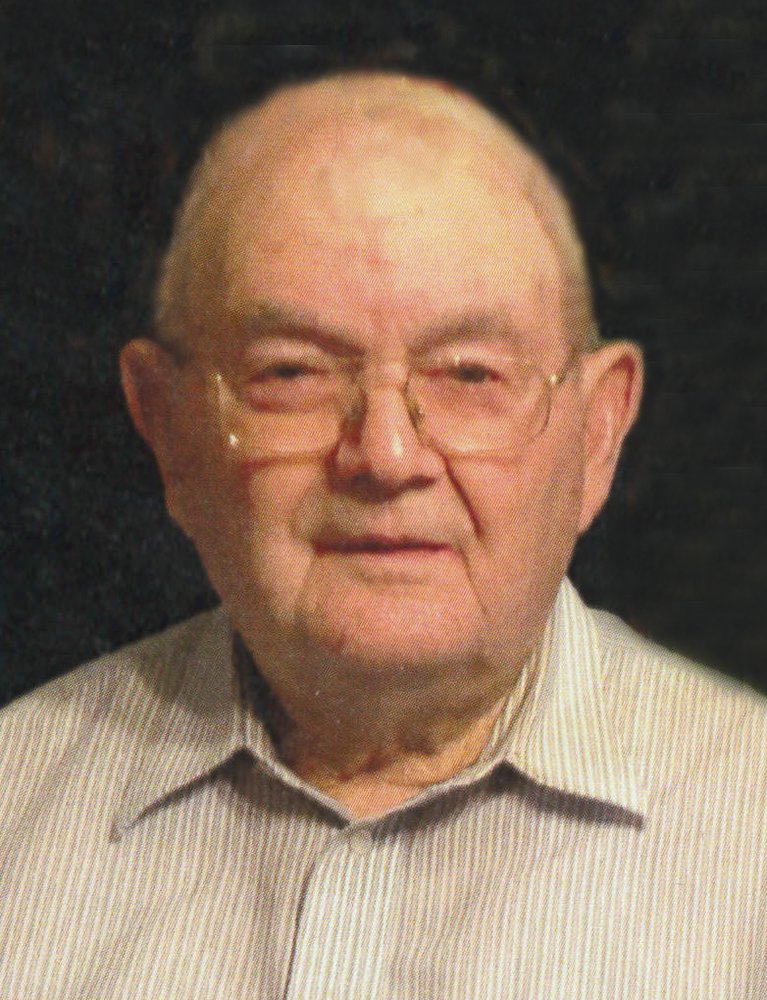 On February 2, 1945, he was married to Irene May Dunn in Idana.  She survives of Clay Center.

Ernest was proud to be a farmer for the first 62 years of his life and received the American Farmer degree while in FFA at Wakefield High School.  He then worked as a handyman in Clay Center and as a janitor for 11 years at City Hall.  He was a member of Hillside EUB Church until the church closed due to the expansion of Fort Riley.  He then became a charter member of Countryside United Methodist Church and later the Clay Center United Methodist Church.  He was a member of the Riley Lions Club, Clay Center Kiwanis, a Bala School Board member and on the Rural Electrification Board for over 20 years.  He enjoyed going to farm toy shows with brother-in-law, Dean Otto and buying or building scale machinery that he and his father had used on their farms.  He built over 60 wooden windmills for family and friends, grain wagons, barns, Hillside Church and many other things.

He was preceded in death by his parents and three sisters, Ellen Rose Carlyon and husband Raymond, Nellie Sinn and husband Albert and Bess Achenbach.

Funeral services will be held at 10:30 a.m. Wednesday, October 23, 2019 at the Clay Center United Methodist Church with Pastor Gerald Sharp, Pastor Andrea Beyer and Herb Mugler officiating.  The family will receive friends from 6:30 until 8:00 p.m. Tuesday at the Anderes-Pfeifley Funeral Home.  Burial will be in the Riley Cemetery.

A memorial has been established for the Clay Center Presbyterian Manor.  Contributions may be left in care of the Anderes-Pfeifley Funeral Home.

To order memorial trees or send flowers to the family in memory of Ernest Sharp, please visit our flower store.