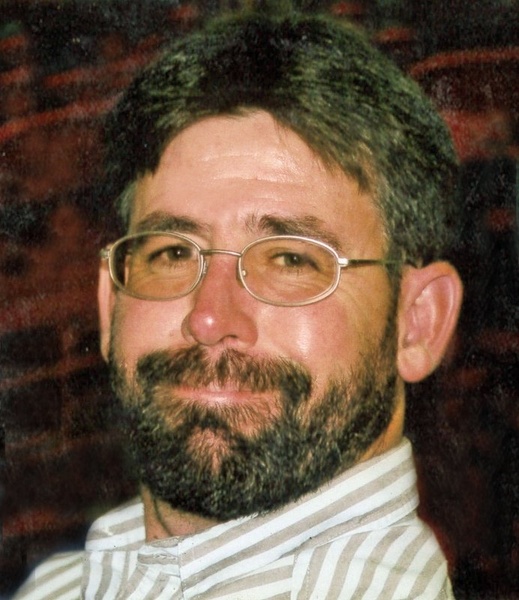 Eric D. Johnson, age 47 of Clay Center, passed away Friday, December 23, 2016 at his residence. He was born on January 28, 1969 in Clay Center, the son of Leo and Virginia (Corman) Johnson. He graduated from Clay County High School in 1987 and completed his studies in auto mechanics in 1988 at Beloit Vo-Tech.  He worked for Norm Rettig in high school and after Vo-Tech, Farmway Farmers Co-op and Clay Center City Public Utilities.  Eric volunteered on the chain gang for the Tiger home football games for 20 years. He started dating Kay Ouellette in 1999 and on July 25, 2008, they were married. She survives of the home. His greatest joys were working on their home and garden and being with his grandsons. He was preceded in death by his parents and two sisters, Christine and Darla Johnson. In addition to his wife, he is survived by one stepdaughter, Jenifer Davies and husband Steve of Clay Center; one stepson, T.J. Davis and wife Shelly of Deland, Florida; one sister, Rhonda Miller and husband Larry of Alliance, Nebraska; two brothers, Darren Johnson and wife Lisa of Scandia and Kerry Johnson of Clay Center; his mother-in-law, Dorothy Morrow of Clay Center; one sister-in-law, Ann Gogel and husband Gilbert of Queen Creek, Arizona; three grandchildren, Coby, Corbyn and Cole Davies of Clay Center and three nieces and three nephews. Funeral services will be held at 11:00 A.M. Wednesday, December 28, 2016 at the Anderes-Pfeifley Funeral Home in Riley with Pastor Kevin Larson officiating. Respect can be made after 3:00 P.M. Tuesday and the family will receive friends from 7 until 8:00 P.M. Tuesday at the funeral home. Burial will be in the Clifton IOOF Cemetery in Clifton. A memorial has been established for the Eric Johnson Memorial Fund. Contributions may be left in care of the Anderes-Pfeifley Funeral Home in Riley.
To order memorial trees or send flowers to the family in memory of Eric D. Johnson, please visit our flower store.