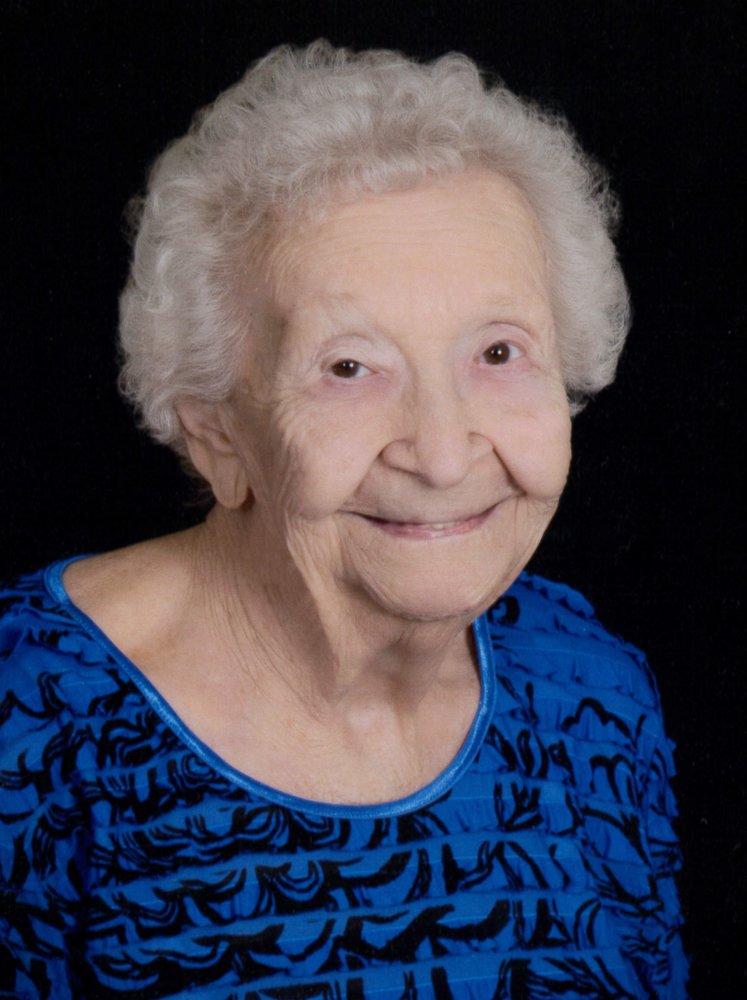 Elvie Marie Hageman, age 88 of Leonardville, passed away Wednesday, October 26, 2016 at the Leonardville Nursing Home. She was born on January 3, 1928, in Palmer, the daughter of Wilhelm Fredrich Emil and Sophie Susanna (Tewes) Meier. She was baptized at home soon after her birth. She attended St. John’s Lutheran School for 8 years and was confirmed at St. John’s Lutheran Church. In her youth, she enjoyed being an active Walther League member. Elvie worked at Duckwall’s in Clay Center and was a part time cashier at the Rex Theater. While working, she gained a high school diploma by way of correspondence. After obtaining her diploma, she was employed as a book-keeper for the Washington County Creamery in Linn. She continued to work until her marriage to LaVern Hageman on October 4, 1953. Their marriage was blessed with four sons, Doug, Bruce, Roger and Keith. Elvie and LaVern worked together on the family farm and were active members in the community and St. Paul Lutheran Church in Clay Center. Elvie was active in several organizations, teaching Sunday school and serving the Lord. She was a skilled seamstress. Her sewing skills were not only put to good use when mending clothes but, also became a craft that she enjoyed when making beautiful quilts for family and friends. After her move from the farm to her home in Leonardville, she enjoyed participating in activities at the Leonardville Senior Center and Homemaker’s Club. Her love for gardening and flowers was enjoyed by all who loved her, as well as, the many people just driving by to view the colorful beauty of her garden. Bird watching became one of her favorite hobbies. Elvie cherished getting out for drives with her sons. She enjoyed viewing the countryside, green fields and growing crops. She particularly enjoyed seeing the new baby calves during pasture tours on the side-by-side. She was preceded in death by her husband LaVern, her parents Emil and Sophie Meier, her brothers Everett Meier, Ewald Meier, her sisters Lorina Roetter and Betty Helms, brother-in-laws Milburn Roetter and Harlen Hageman and sister-in-laws Eileen Meier and Fern Hageman. Elvie is survived by her four sons and spouses, Doug and Terry Hageman of Tulsa, OK; Bruce and Teresa Hageman of Abilene, KS ; Roger and Patty Hageman of Leonardville, KS; Keith and Larissa Hageman of Tulsa, OK; 8 grandchildren, Richard, Dava, Michael, Kallie, Marshall, Tara, Kodi, and Kayden; 11 great-grandchildren, Tyler & Chris Hageman, Cameron & Dawson Griggs, Selah & Kiera Hageman, Deklan Burgardt, Wade Hageman, Payton, Reese & Beckett Converse. Also two sister-in-laws, Lois Meier of Alliance, NE and Sonja Meier of Clyde, two brother-in-laws Edgar Helms of Linn, Eldon and wife Mary Jo Hageman of Keats, numerous nieces, nephews, and many friends. Funeral services will be held at 10:00 A.M., Monday, October 31, 2016 at the St. Paul Lutheran Church in Clay Center with Rev. Paul Tessaro officiating. The family will receive friends from 6:00 until 8:00 P.M. Sunday at the Anderes-Pfeifley Funeral Home in Riley. Burial will be in the Leonardville City Cemetery. A memorial has been established for the Lutheran Hour Ministries. Contributions may be left in care of the Anderes-Pfeifley Funeral Home.
To order memorial trees or send flowers to the family in memory of Elvie Marie Hageman, please visit our flower store.
Send a Sympathy Card