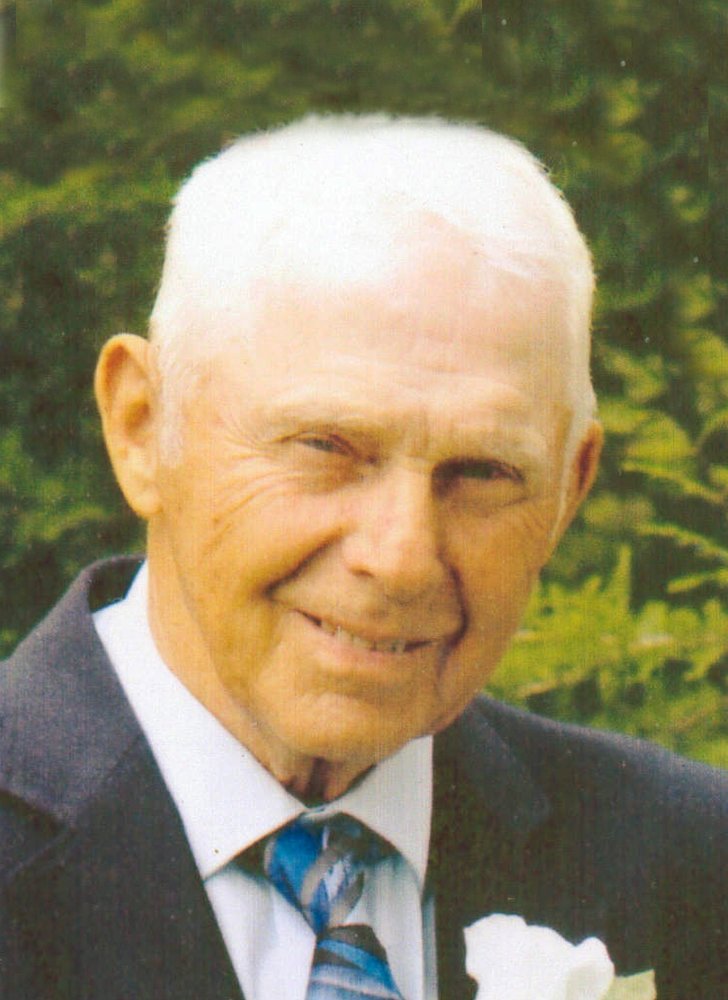 He was born on January 9, 1929 in Keats, the son of Elmer Sr. and Alice (Cravens) Nelson.  He graduated from Leonardville High School in 1946.

On February 17, 1952, he was united in marriage to Delpha Jean Pfaff at the St. John’s Lutheran Church in Winkler.  She survives of Blue Rapids.  They were blessed with three sons, Larry, Ronnie and Roger.

Junior was a lifetime farmer.  He and Delpha moved to Swede Creek in 1953 after the Tuttle Creek Dam relocated them from that area.  They were longtime members of the St. Peter’s Lutheran Church.  He was an avid sports fan.  He played softball, basketball, football and track.  He could tell you statistics of his kids, grandkids, nieces, nephews and most of the local kids and could always be seen walking the sidelines of his sons and grandsons football games.  He sat on the U.S.D. 384 School Board, Blue Rapids COOP, Swede Creek Township Board for many years and was a member of the Riley County Livestock Association.

He was preceded in death by two sons, Larry Nelson and Ronnie Nelson; one granddaughter, Ashley Nelson and his sister, Geneva Munson.

Funeral services will be held at 10:30 a.m. Thursday, August 23, 2018 at the St. Peter’s Lutheran Church, south of Barnes.  The family will receive friends from 6:00 until 8:00 p.m. Wednesday at the Anderes-Pfeifley Funeral Home.  Burial will be in the St. John’s Lutheran Cemetery, northwest of Randolph.

In lieu of flowers, memorials may be made to the St. Peter’s Lutheran Church and St. John’s Lutheran Cemetery and may be left in care of the Anderes-Pfeifley Funeral Home.

To order memorial trees or send flowers to the family in memory of Elmer "Junior" Nelson, please visit our flower store.
Send a Sympathy Card