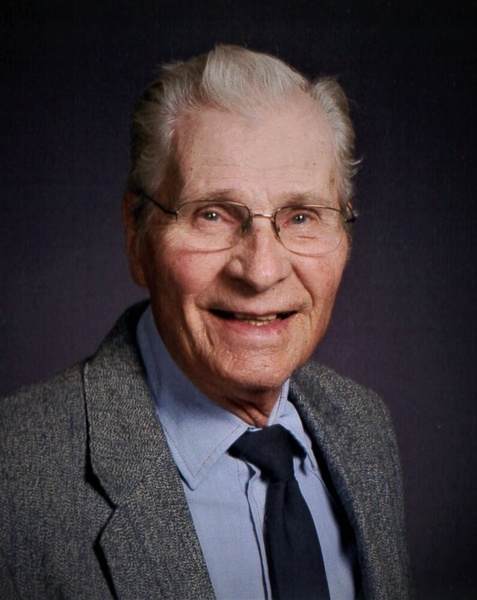 He was born on October 13, 1931 in Clay Center, the son of Alfred Edward and Emma Adina (Carlson) Sundgren. He attended Walsburg Grade School and graduated from Leonardville High School. Following graduation he joined the U.S. Navy and served in Naples, Italy and Cuba as a Mechanic and Equipment Operator.

He married Beverly Jane Specht on April 20, 1958. She survives of the home.

Eldon was a lifetime farmer and was a charter member of the Riley County Young Farmers. He served on the Leonardville Rural Fire Department for 35 years. He was baptized and confirmed in the Walsburg Lutheran Church, serving on council and as the church treasurer. In recent years, he attended the Fairview Presbyterian Church. Eldon also served on the Riley County Conservation Board, Fancy Creek Township Board and Farmers Union Coop Board.

In addition to his wife, he is survived by a daughter, Ann Sundgren of Wichita; a son, Darin Sundgren and wife Lori and their son, Devon of Bakersfield, California; a brother, Kermit Sundgren and wife Jessie of Leonardville and many nieces and nephews.

He was preceded in death by his parents.

Funeral services will be held at 10:30 a.m. Tuesday, February 15, 2022 at the Walsburg Lutheran Church with Rev. Keith Wiens and Pastor Gerry Sharp officiating. The family will receive friends from 5:00 until 7:00 p.m. Monday at the Anderes-Pfeifley Funeral Home. Burial will be in the Walsburg Cemetery with Military Honors.

Memorials may be made to Camp Tomah Shinga or the Walsburg Lutheran Church and left in care of the Anderes-Pfeifley Funeral Home.

To order memorial trees or send flowers to the family in memory of Eldon Sundgren, please visit our flower store.