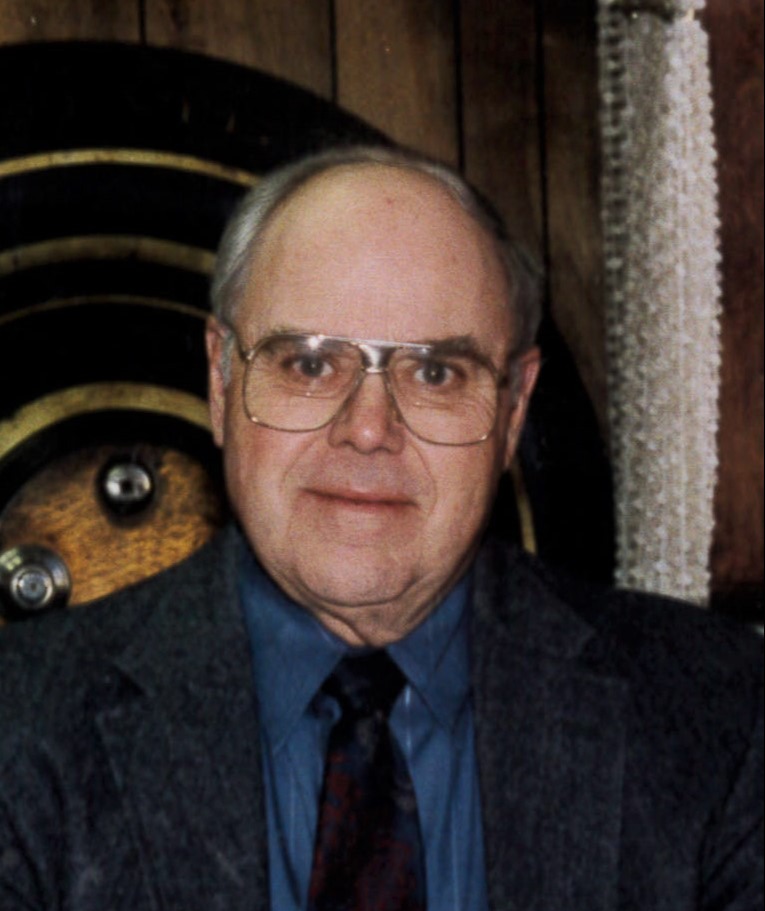 Edgar Root Copeland, age 86 of Riley, passed away peacefully on July 12, 2022, surrounded by his loving family.

Ed or “Root”, as he was known in his childhood days, was born on September 30, 1935, in Waterville, Kansas. Ed was the son of Charles Edgar and Ruth E. (Root) Copeland. He grew up on the family dairy farm with his three sisters. Ed graduated from Waterville High School and attended Kansas State University.

Ed was in the Kansas Army National Guard from 1954-57 as a medical aideman. In 1957, he became a Platoon Sgt. where he had a badge for 30 cal carbine. He was discharged in 1960. Ed was then called back to the ordinance corps from 1962-65 and was stationed in Fort Riley.

He married the love of his life, Linda Ham in Marysville on June 20, 1954. Ed and Linda were blessed with five children and enjoyed a happy and wonderful life of 68 years.

Throughout his lifetime, Ed gave back to his community and the industry in many roles. He was the CEO of the Riley State Bank from 1987 until his death.  He was a board member for Farmers Casualty Insurance, Marysville Mutual Insurance, The Kansas Professional Insurance Agents, and Kansas Independent Insurance Agents associations. He was a former mayor for the city of Riley, as well as a councilman. He was a member of the Shriners, Lions Club, the Riley Methodist Church and a 65-year member in the Masonic Fraternity Sutton Lodge #85. He was an avid K-State season ticket holder. He enjoyed his classic cars, antique tractors, and being up on his farm on the beautiful Blue River. Ed enjoyed spending time with his family, farming and watching K-State football and basketball. He was a regular at the coffee club each afternoon at the Short Stop where he could visit and tell stories.

Funeral services will be held at 10:30 am Saturday, July 16, 2022 at the Anderes-Pfeifley Funeral Home with Pastor Gerry Sharp officiating. The family will receive friends from 6:00 until 8:00 pm Friday. Burial will be in the Riverside Cemetery in Waterville.

Memorials have been established for the Good Shepherd Hospice House and the Waterville Fire Department.  Contributions may be left in care of the Anderes-Pfeifley Funeral Home.

To order memorial trees or send flowers to the family in memory of Ed Copeland, please visit our flower store.
Send a Sympathy Card