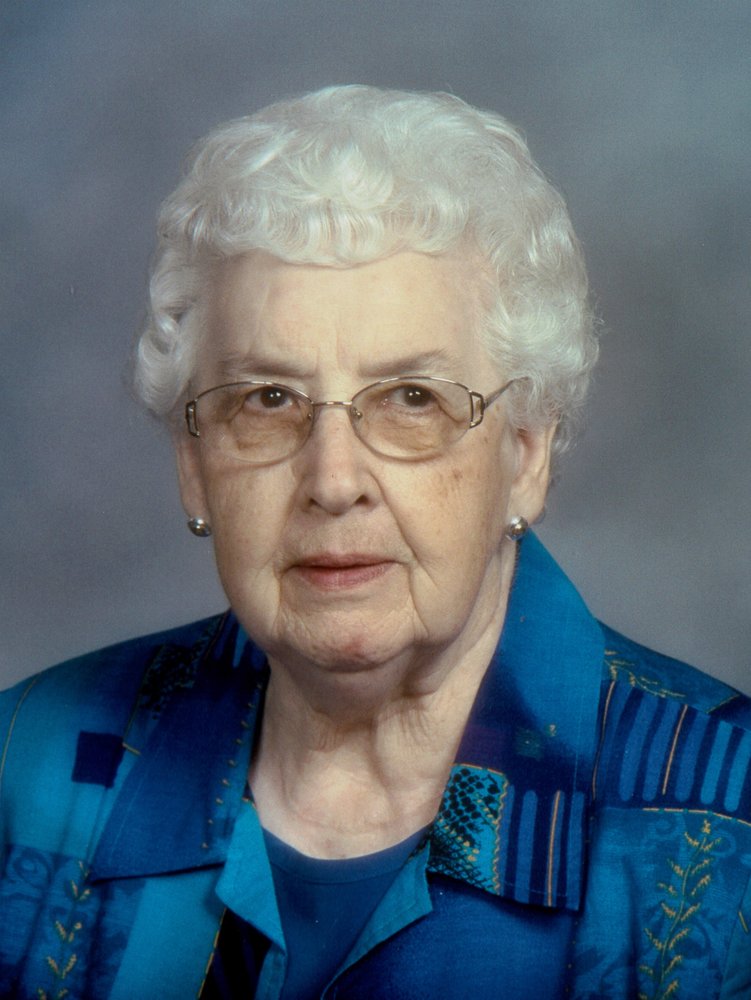 She was born on October 24, 1924 in Green, the daughter of Henry and Dessie (Clark) Wachsnicht.  She graduated from Green High School in 1942.

Dorothy taught school for seven years before having children and then became a devoted homemaker the rest of her life.  She was a member of the First Baptist Church in Clay Center and the Green Extension Homemakers.  She enjoyed playing the piano, cards and quilting.

She is survived by two daughters, Deanna Barleen and Leland of Clay Center and Joyce Stover and Dennis of Silver Lake; one sister, Irene Klocke of Clay Center; her sister-in-law, Dorothy Jane Wachsnicht of Leonardville; her brother-in-law, Vern Buseman and Natalie of Oregon; four grandchildren, two step grandchildren and five great grandchildren.

In addition to her husband, she was preceded in death by her two brothers, Wendell and Howard Wachsnicht.

Funeral services will be held at 2:00 p.m. Thursday, June 8, 2017 at the Anderes-Pfeifley Funeral Home with Pastor Deron Johnson officiating.  The family will receive friends from 7 until 8:00 p.m. Wednesday at the funeral home.  Burial will be in the Green Fancy Creek Cemetery.

Memorials have been established for Meadowlark Hospice and Shriner’s Hospital.  Contributions may be left in care of the Anderes-Pfeifley Funeral Home.

To order memorial trees or send flowers to the family in memory of Dorothy L. Buseman, please visit our flower store.