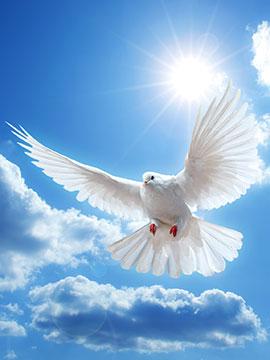 He arrived in rural Jewell County, Kansas, during the big snow storm of March 15, 1924. He had a child’s eye view of the great depression from the home of his parents (Newell F. Davis and Ruby M. Fogo) in Mankato and the farmstead of his maternal grandparents north of Burr Oak.

World War II crashed into the lives of everyone in his generation. The U.S. Military decided he could best serve his country in the Coast Guar, first as a mounted patrol on the Georgia Coast and then as a member of the crew on a landing craft in the Pacific. After the war, Don and his new bride (Jean Claire Bothwell) moved to Hays, as he, like millions of his fellow veterans, used the GI Bill to make their lives better. Don enrolled at Fort Hays State College to attain his teaching certification while also playing as a scrappy 150 pound center for the Tiger football team. he was elected president of the letterman club during his senior year.

Graduation brought Don “Gabby” an offer of a teaching and coaching position in Smith Center. His family, which now included a son (Daniel James) and a daughter (Donna Jeanne), moved to the central Kansas county seat and spent the 1950’s living their version of the American dream. Don’s passion for sports had him playing town team baseball across western Kansas during this time. One of his proudest honors was being selected for the individual sportsmanship trophy at the NBC national tournament in 1951.

When the Smith Center school board decided that they “wanted to go in a different direction” for a football coach, Don was forced to find a new way to support his family. His personality was well exemplified as he told the many fans who offered to battle for his reinstatement that “if you get down in the gutter to fight, you’re just in the gutter.”

Don then enrolled at the University of Nebraska and rode the Rock Island Rocket to Lincoln every week to earn certification in the newly created education role of guidance counselor. He completed his Master’s degree at Fort Hays and was hired as the first guidance counselor at Beloit High School. His counseling career only lasted two years at Beloit, largely due to conflicts defining this new position. Don felt that the counselor’s office should be a place where conversations with students were considered private rather than a source of information for the school administration. He accepted a position with the Kansas Department of Education and spent the next few years driving from Beloit to Topeka to work so that his children would not have their high school years interrupted by a major relocation.

During this time Don was noticed by a group of educators who were establishing what became the American College Testing Program. They asked Don to work with the colleges and universities in Kansas, Nebraska and the Dakotas, utilizing individual ACT test scores to help students find majors that were personally fulfilling. His work as Regional Director for ACT spanned the 60’s, 70’s and 80’s and included several years living in Salado, Texas, as the growing company expanded and consolidated. At each community in their lives Don and Jean found warm folks with similar world views who became part of their lifelong friendship circle. They chose to make Manhattan their retirement home and purchased a house on what came to be called Democrat Ridge amid neighbors who were some of the finest of Manhattan’s caring citizens.

Inevitably, life challenge Don as he aged into his 90’s and his life partner, Jean, was felled by Alzheimer’s. His strength and determination were a source of inspiration and frustration for the many folks who helped him in his last years. He was fiercely determined to be in control of his life even as his sight and reason failed. His struggle ceased late in the April 13-14 while he was surrounded by his exhausted family members who were laughing and crying while reassuring him of their love and gratitude.

Don is survived by his children, Dan (Nancy Patnode) and Donna (Shawn Nouri) and his grandchildren, Kane, Booker, and Oakley (Dustin Shawn) Davis and Ada Davis-Nouri.

To order memorial trees or send flowers to the family in memory of Donald Davis, please visit our flower store.