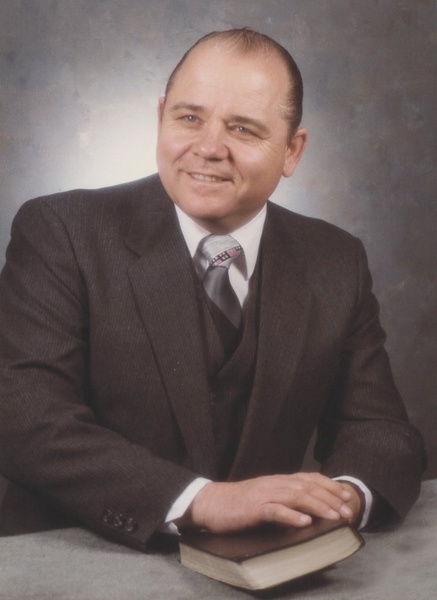 Dolan Paul Rundquist, age 87 of Leonardville, passed away Monday, September 26, 2016 at his residence. He was born on December 13, 1928 in Green, the son of Enock LeMontyGue and Maude Ellen (Wickstrum) Rundquist and graduated from Clay Center High School in 1947. He then graduated from North Park Junior College in Chicago in 1951 and Bethany College in Lindsborg in 1953. On June 27, 1951 at the Alert Covenant Church, he was married to Barbara Ann Trumpp. She preceded him in death on June 8, 2015. Dolan was an Evangelical Covenant minister, serving in Tacoma, WA, Loveland, CO, Whitehall, MI, McPherson, KS, Stillman Valley, IL, and Loomis, NE, retiring in 1993. He guided two churches through major building projects and relocation and construction of entire church plants. He served on Conference Boards and Ministerial Associations. He is survived by one son, Darin Rundquist of Leonardville; one daughter, Krista Schoonover and Jerry of Loves Park, Illinois; one granddaughter, Jessica Schoonover; one brother, Veryl Rundquist of Clay Center and one sister, Mona Anderson of Waterville. In addition to his wife, he was preceded in death by three brothers, Darrell, Clede and Dean Rundquist and two sisters, Enid Rundquist and Doline Whitney. Funeral services will be held at 10:00 A.M. Monday, October 3, 2016 at the Clay Center Covenant Church with Pastors Grant Clay and Dwight Diller officiating. The family will receive friends from 4:00 until 5:30 P.M. Sunday at the Anderes-Pfeifley Funeral Home in Riley. Burial will be in the Pleasant Hill Cemetery, east of Green. A memorial has been established for Covenant World Relief. Contributions may be left in care of the Anderes-Pfeifley Funeral Home.
To order memorial trees or send flowers to the family in memory of Dolan Paul Rundquist, please visit our flower store.