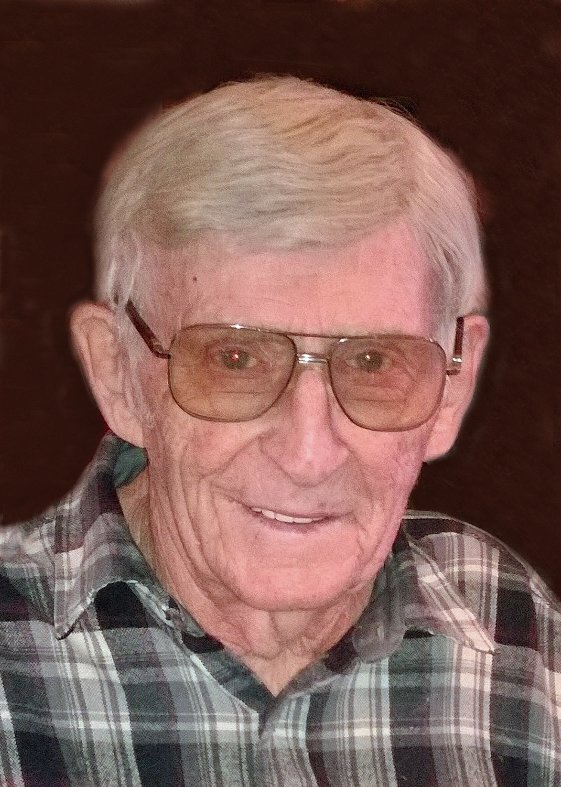 Darrell Dean Buseman, age 90 of Riley, passed away on Wednesday, November 14, 2018 at the Leonardville Nursing Home.

He was born on February 21, 1928 in the Magic Community south of Riley, the son of Lewis and Josephine (Weber) Buseman.  He graduated from Riley Rural High School in 1945.

He was married to Norma Jane (Janie) Funk on October 28, 1955 at the Riley Presbyterian Church.  She survives of the home.

In his younger years, Darrell farmed north of Riley and then worked for the Alexander Lumberyard, purchasing it and naming it Riley Lumber and owning and operating it until his retirement in 1998.  He was a member of the Riley Presbyterian Church and was a longtime season ticket holder for KSU football, men’s basketball and women’s basketball.  He enjoyed all sports and activities and coached many of them.

In addition to his wife Janie, he is survived by his son, Deloss Buseman of Parker, Colorado; his daughter, Delaine Buseman of Grandview, Missouri and numerous nieces and nephews.

He was preceded in death by his parents; two brothers, Marvin Buseman and Melvin Buseman and two sisters, Barbara Parker and his twin sister, Darlene Leach.

Funeral Services will be held at 2:00 p.m. Monday, November 19, 2018 at the Riley Presbyterian Curch with Rev. D. Erich Schwartz and Pastor Kevin Larson officiating.  Respect calls may be made from 12:00 p.m. until 8:00 p.m. Sunday at the Anderes-Pfeifley Funeral Home.  Burial will be in Riley Cemetery.

Memorial contributions may be made to the Leonardville Nursing Home and left in care of the Anderes-Pfeifley Funeral Home.

To order memorial trees or send flowers to the family in memory of Darrell Buseman, please visit our flower store.
Send a Sympathy Card