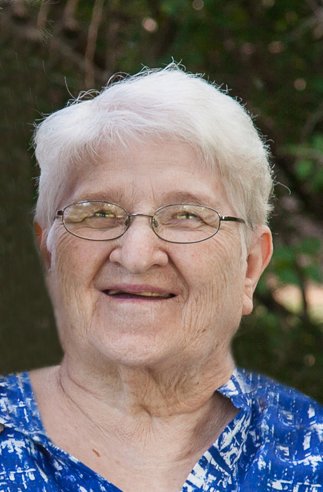 She was born on September 18, 1937 in Green, the daughter of Clifford Orlando and Ada May (Davis) Shadle.  She graduated from Green High School in 1955.

Darlene was a member of the Green EUB Church and loved spending time with her family.  She worked as a cashier and clerk for grocery stores in Clay Center.  She enjoyed knitting and counted cross stitch, sudoku puzzles, playing the piano and computers.

She was preceded in death by her parents, her husband, Robert Henry “Hank” Adams; her son, Lonnie Adams; her brother, Ralph Shadle; her sister, Leona Shadle and three sister-in-laws, Lois Asp and husband Orville, Lula May Schreefer and husband Richard and Wava Peterson.

Memorials may be made to the Clay Center Zoo and Clay County Animal Rescue and Education and left in care of the Anderes-Pfeifley Funeral Home.

To order memorial trees or send flowers to the family in memory of Darlene Adams, please visit our flower store.