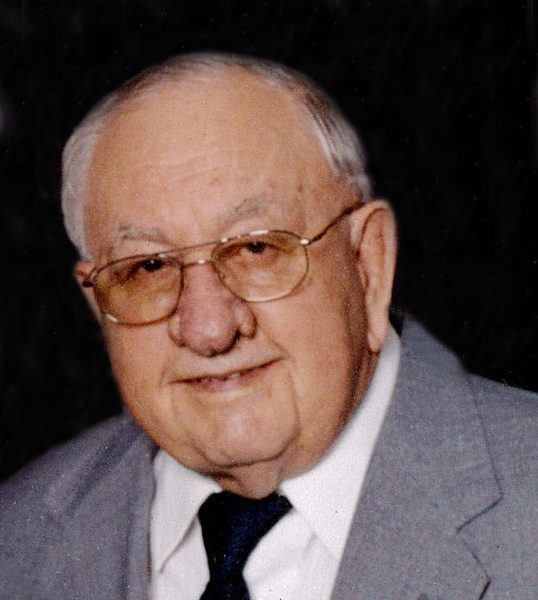 He was born on January 20, 1923 in Riley to Oliver G. Nelson and Bertha M. (Weller). He was baptized in the Riley Presbyterian Church. Dail went to grade school at Grant and graduated from Riley Rural High School in 1940.  Dail moved from the reservation area south of Riley with his parents to the Leonardville area and helped his parents farm.

On March 10, 1945, he married Minnie Hafner. She preceded him in death on May 7, 2018.  They farmed in the Leonardville area from 1945 until 1948 and then moved to the Riley community where they farmed and ran a Grade A Dairy until 1965. In 1965, the family moved to Manhattan on Tuttle Creek Lake and Dail started working for the Agronomy Department at Kansas State University for the next 23 years until he retired in 1988.  He also sold American Investors Life Insurance for many years. Dail enjoyed tinkering on old cars, fishing, camping, playing cards and dominos and traveling. The trip that he enjoyed most was to Alaska. Most of all, he enjoyed his grandkids and great grandkids.

Dail belonged to Coast to Coast camping, RSVP, Manhattan Senior Center, Riley Presbyterian Church, was a member of Magic 4-H and belonged to United Commercial Travelers for over 50 years.

Memorial services for Dail and Minnie Nelson will be held at 10:30 a.m. Wednesday, March 13, 2019 at the Anderes-Pfeifley Funeral Home with Pastor Kevin Larson officiating.  The family will receive friends from 7:00 until 8:00 p.m. Tuesday.  Inurnment for Dail and Minnie will be in the Riley Cemetery.

Memorials may be made to Riley Senior Centre and Riley Presbyterian Church and may be left in care of the Anderes-Pfeifley Funeral Home.

To order memorial trees or send flowers to the family in memory of Dail Nelson, please visit our flower store.