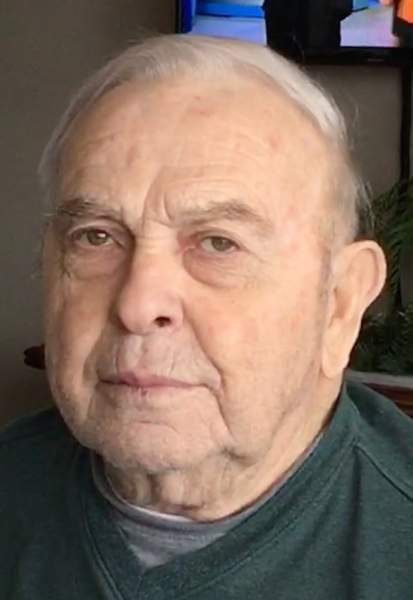 He was born on March 14, 1938 in rural Keats, the son of Simon Marcena and Leona Hazel (Brighton) Crowl.  He graduate from Keats Rural High School in 1956 and then went into the Army Reserves.  While in the Army Reserves he studied and graduated from Kansas State University in 1961 with degrees in Industrial Engineering and Education.  He was then called up to active duty in the U.S. Army and retired in August of 1962 from the Army Reserves.

On June 7, 1959 at the Keats United Methodist Church, he was married to Kathryn Elaine Givens.  She survives of the home.

Clarence was a general contractor and enjoyed playing cards and woodworking.  He followed Manhattan High and KSU sports and the Kansas City Royals and watched his sons play football at Emporia State University and the University of Missouri.  He was a member of the Keats United Methodist Church, KSU Alumni Association and the NRA.

He was preceded in death by his parents and one brother, Alex Crowl.

Graveside services with military honors will be held at 1:00 p.m. Wednesday, January 10, 2018 at the Kansas Veterans’ Cemetery with Dan Duerfeldt officiating.  The family will receive friends from 6:00 until 8:00 p.m. Tuesday at the Anderes-Pfeifley Funeral Home.

In lieu of flowers, memorials may be made to the Good Shepherd Hospice House or Keats United Methodist Church.  Contributions may be left in care of the Anderes-Pfeifley Funeral Home.

To order memorial trees or send flowers to the family in memory of Clarence Crowl, please visit our flower store.