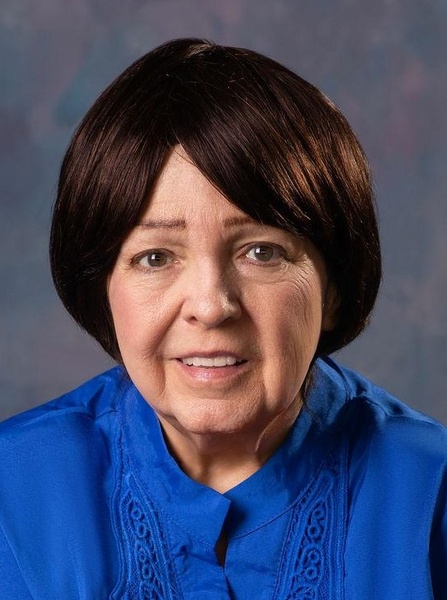 Sherry had been ill with Rheumatoid Arthritis for years also Diabetes, and cancer struck her twice.  Sherry enjoyed walking, dining out, rodeos, bowling, cookouts and picnics.  She loved children, animals and loved to cook.

Sherry had lots of friends, once you were her friend she was always your friend.  She had a saying, “Never underestimate the power of a woman.”

Sherry had many career choices in her life.  She was a Nanny for several years.  She worked for Day Care centers, from teacher to management positions.  She was a machinist and worked as an Inspector in quality control for a few manufacturers.  She had a passion for people, she was a CNA and cared for the elderly and disabled.  She had worked both in Kansas and Oklahoma.

Survivors include her husband Daniel J. Schumacher, Sr., retired Army SFC who resides in the home, her step-children: James Armstrong and wife Katie of Oklahoma, Daniel Schumacher, Jr. of Savanah, Georgia, Christiane Thomas and husband Spencer of Decatur, Alabama, and Matthias Schumacher and wife Nikki of Cannon City, Colorado, four step-grandchildren and four step-great grandchildren,  a sister Lorena “Rene” Bruns Henton Lee and husband Curtis of Manhattan, a nephew, Jack E. Henton, Sr. and wife Anna and his sons: Diego Henton and Jack Henton, Jr. of California, a nephew Todd T. Henton  of Republic, Missouri, and his sons: Tristan R. Henton, Topeka and Phoenix Henton, Republic, Missouri, cousin Ron Davis and wife, and also her friend, Peggy, of Spokane, Washington, cousin Robert “Bob” Litle and wife Linda of Tucson, Arizona.  Sherry had five best friends:  Barbara Reyer Cope Wilson, whom she has known since eighth grade, Janelle Smallwood Donna, whom she has known since her senior year, 1968, Lisa Mullet Curtright since 1990, Jessica Padgett since 2000 and Judy Speer whom she had known since their school days.

Preceding Sherry in death were her parents.

Funeral services will be held at 10:00 am, Tuesday, August 9, 2022, at the Anderes-Pfeifley Funeral Home, with Pastor Kevin Larson officiating.  Burial will be at St. George Cemetery, St. George, Kansas.

Memorials are suggested to the American Diabetes Association and may left in the care of Anderes-Pfeifley Funeral Home.

To order memorial trees or send flowers to the family in memory of Cheryl "Sherry" Bruns Schumacher, please visit our flower store.