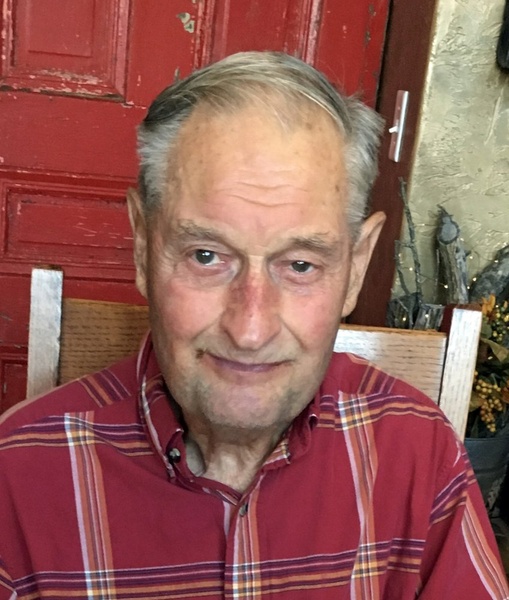 He was born on October 18, 1937 in Waterville, the son of Milton William and Hulda Elizabeth (Steenbock) Richter.  He grew up attending the Drager country school and graduated from Barnes High School in 1955.  During high school, Carroll helped regularly on the family farm and assisted his cousin with harvest, hauling grain and plowing on his farm west of Salina.

Carroll worked a variety of jobs throughout his life including many years as a truck driver for Ideal and CF Trucking, and as a custodian for the Clay County Public Schools, where he was beloved by staff and students alike.  He was a member of the Hebron Reformed Presbyterian Church and was a faithful and loving husband and father, who did whatever was necessary to provide for his family.  He was often working on multiple projects simultaneously and was known for his love of gardening.  He was a gifted hobby engineer who could make nifty gadgets out of odds and ends.

In addition to his wife Tere, he is survived by four children: Jeff Richter of Clay Center; Rachelle Crumbaker and husband Jim of Copperas Cove, Texas; Ingrid Beck of Colorado Springs, Colorado and Naomi Coleman and husband John of Ness City; one brother, Arlen Richter and wife Dixie of Barnes; seven grandchildren, three great grandchildren and many cousins, nieces, and nephews.

He was preceded in death by his parents and one sister, Janice Johnson.

Funeral Services will be held at 10:30 a.m. Wednesday, November 28, 2018 at the Hebron Reformed Presbyterian Church with Pastor Daniel Hemken officiating.  The family will receive friends from 6:30 until 7:30 p.m. Tuesday at the Anderes-Pfeifley Funeral Home.  Burial will be in the Ebenezer Cemetery.

Memorial contributions may be made to the Hebron Reformed Presbyterian Church and left in care of the Anderes-Pfeifley Funeral Home.

To order memorial trees or send flowers to the family in memory of Carroll Richter, please visit our flower store.