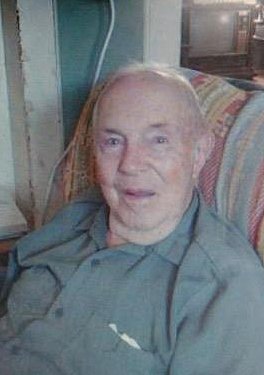 Calvin Leroy Thurlow, age 91, of Wakefield, went to be with his Eternal Father on Sunday, April 8, 2018 at the Meadowlark Hills Retirement Community.

He was born on December 9, 1926 on the family farm south of Wakefield, the fourth son of John Rockliffe and Caroline Marie (Koerner) Thurlow.  He attended school at Victor Dist. 100, rural Wakefield and graduated from Wakefield Rural High School in 1944.

He was a farmer and did mechanic work for many area farmers.  In 1967, he and his brother opened Circle T Implement in Clay Center.  When they sold the store and retired, he helped his nephew and family on the farm until his health prevented him from it. He was a member of the Wakefield United Methodist Church.  Family was always important to Calvin.  He enjoyed his nieces and nephews growing up and their families later. He loved telling stories of the past about life growing up and the area.

He was preceded in death by his parents; two brothers, Melvin and Erwin; one sister, Barbara; two nephews and one niece.

He is survived by one brother, William Dean Thurlow and wife Helen of Clay Center; a brother in law, Gail Dexter of Wamego and four nieces and six nephews.

A graveside service will be held at 2:00 p.m. Saturday, April 14, 2018 at the Highland Cemetery in Wakefield with Pastor Bob Melius officiating.  Respect calls may be made anytime Friday at the Anderes-Pfeifley Funeral Home.

In lieu of flowers, memorials may be made to the Wakefield United Methodist Church or the Wakefield Museum.  Contributions may be left in care of the Anderes-Pfeifley Funeral Home.

To order memorial trees or send flowers to the family in memory of Calvin Thurlow, please visit our flower store.
Send a Sympathy Card