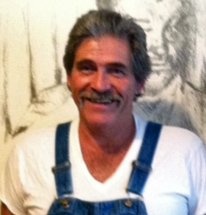 Bryce Alan McDonald, age 58 of Leonardville, passed away Friday, September 2, 2016 at his residence. He was born on December 30, 1957 in Manhattan, the son of Clyde Eldon and Martha Louise (Beals) McDonald. On June 30, 1984 at the Walsburg Lutheran Church, he was married to Tracy Darlene Burwell. She survives of the home. He was a truck driver for McDonald Auto Sales and Salvage. Bryce was an avid collector of all things from old cars to mason jars. He loved animals, particularly his dogs Diesel, Popo Gigio, SaraLee and Bumpy. He loved to make people laugh and never missed an opportunity to tell a joke, story or pull a prank, but also practiced random acts of kindness. Family meant everything to him and once he made friends, he always kept them. In addition to his wife, he is survived by his parents, Clyde and Martha McDonald of Leonardville; four siblings, Jeanne Richter and Mark of Leonardville, Elton McDonald and Vicki of Randolph, Marlene McDonald of Leonardville and Tony McDonald and Debbie of Riley and many nieces, nephews, great nieces and great nephews. He was preceded in death by his grandparents, Randall and Mabel McDonald and Willis and Laura Beals. Funeral services were held on September 8, 2016 at the Anderes-Pfeifley Funeral Home with Pastor Kevin Larson officiating. Pallbearers were Terry Ruthstrom, Alan Fritz, Tom Williams, Brian Dugan, Travis Williams and Mike Fosha. Honorary Pallbearers were Brad Stone, Abe Bolek, Bob Williams, Bryce Williams, Kaden Williams, Wyatt McManaman, Destin Long and Taylor Burwell. Burial was in the Peach Grove Cemetery. A memorial has been established for Clay County Animal Rescue and Shelter. Contributions may be left in care of the Anderes-Pfeifley Funeral Home.
To order memorial trees or send flowers to the family in memory of Bryce Alan McDonald, please visit our flower store.