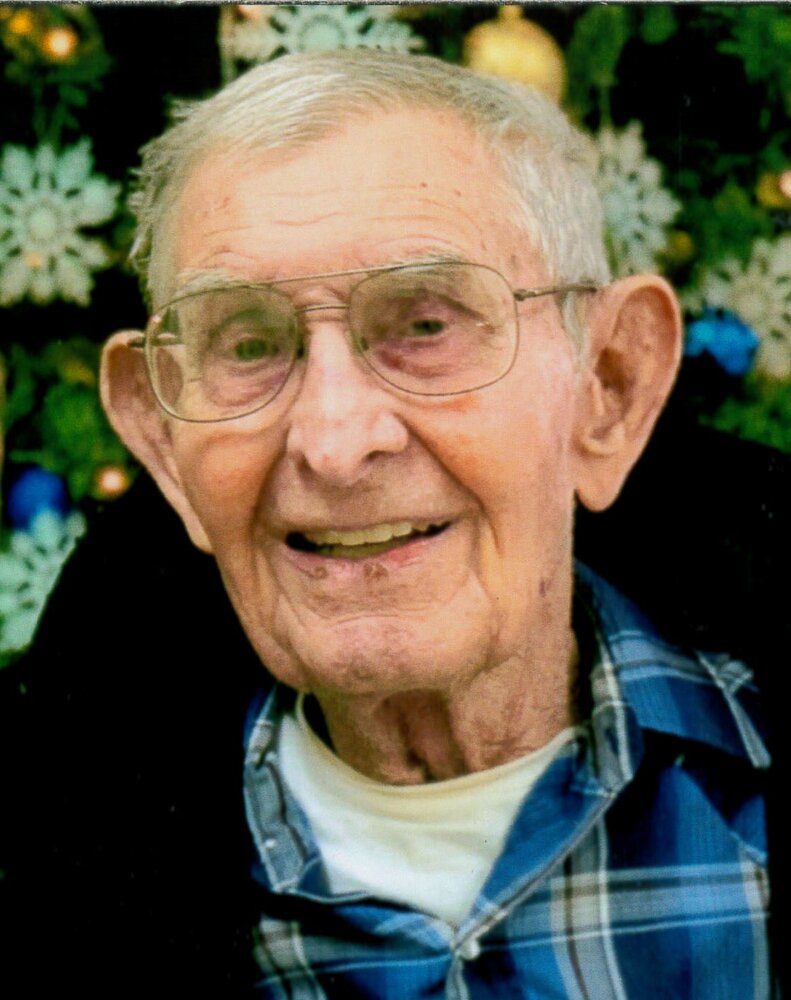 He was born on September 17, 1924 in Berthoud, Colorado, the son of Louis and Eva (Breisch) Dreith.

He graduated from Berthoud High School and served in the U.S. Navy in the Pacific Theater during World War II. He was a dedicated Radio Operator on the U.S.S. Beckham which provided support for the invasion at Okinawa and Iwojima. After his military service, he graduated from the University of Colorado at Boulder with the intention of being a math teacher.

On March 18, 1951 in Denver, Colorado, he married Gretchen Stockwell and the two of them helped run the family farm at Winkler. She preceded him in death in 2001.

Bob was a past president of the Riley County Livestock Association and a member and Past Master of Farmers Lodge 166 AF&AM in Randolph. He transferred his membership to Clay Center Lodge 134 when the Farmers Lodge closed. He was also a member of the Randolph and Clay Center Chapters of the Order of the Eastern Star. In 2008, he received the prestigious John Campanius Holm Award from the National Oceanic and Atmospheric Administration for his work as a cooperative weather observer at the Randolph 4 miles WNW location. He faithfully provided daily precipitation, snowfall, snow depth and water equivalent data as well as stream stage reports for Fancy Creek.

He is survived by his son, Jon (Jan) of Randolph; a daughter-in-law, Heather Dreith of Marysville; his sister, Jean Sterkel of Longmont, Colorado; a sister-in-law, Sara Carnahan of Wamego; two grandsons; two granddaughters; four great grandchildren and many nieces and nephews.

Graveside services will be held on February 12, 2022 at 2:00 p.m. at the Randolph Fancy Creek Cemetery with Pastor Kevin Larson officiating.

Memorials may be made to Randolph Fancy Creek Cemetery or the Activity Fund at the Leonardville Nursing Home and left in care of the Anderes-Pfeifley Funeral Home.

To order memorial trees or send flowers to the family in memory of Bob Dreith, please visit our flower store.
Send a Sympathy Card