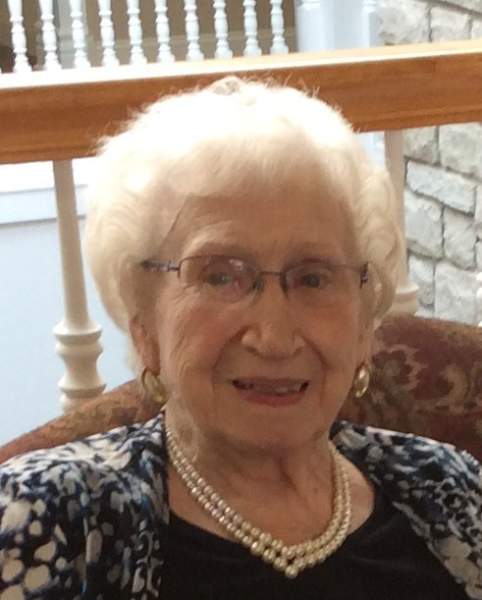 Betty L. Winter, age 90 of Manhattan, passed away Saturday, February 18, 2017 at the Good Shepherd Hospice House. She was born on July 29, 1926 on a farm near Riley, the daughter of Clinton Taylor and Alice L. (Busher) Scott. On January 8, 1947, she was married to Robert Phalen. He preceded her in death in 1980. Two daughters were born to this union. She married Donald Winter on November 21, 1986. He survives of the home. Betty operated the Upland Telephone Office out of her home, then worked in the abstract office for Charlson Wilson and was the Deputy Clerk for Riley County District Court for 22 years. She was a member of the St. Thomas More Catholic Church, V.F.W. Auxiliary, American Legion Auxiliary and Stagg Hill Golf Course. She is survived by her husband, Donald Winter of Manhattan; two daughters, Teresa Cavaness and husband Billy of Algonquin, Illinois and Linda Fox and husband Jerry of Manhattan; six step children, John Winter, Gary Winter, David Winter, Patty Jones, Teresa Wilson and Jim Winter; one brother, Robert Scott and wife Bobbie of Squim, Washington; one sister, Judy Lober and husband Rex of Topeka; four grandchildren, Bobbie Cavaness-Favia, Janet Chartier, Scott Fox and Alan Fox; 23 step grandchildren and 11 great grandchildren. She was preceded in death by one sister, Marie Harrison. The family will receive friends from 7 until 8:00 p.m. Tuesday at the Anderes-Pfeifley Funeral Home in Riley. At 8:00 p.m., a Rosary will be recited. A Memorial Mass will be held at 2:00 p.m. Wednesday, February 22, 2017 at the St. Thomas More Catholic Church with Father Earl Dekat as Celebrant. Inurnment will be in the Riley Cemetery. In lieu of flowers, a memorial has been established for the Good Shepherd Hospice House. Contributions may be left in care of the Anderes-Pfeifley Funeral Home.
To order memorial trees or send flowers to the family in memory of Betty L. Winter, please visit our flower store.