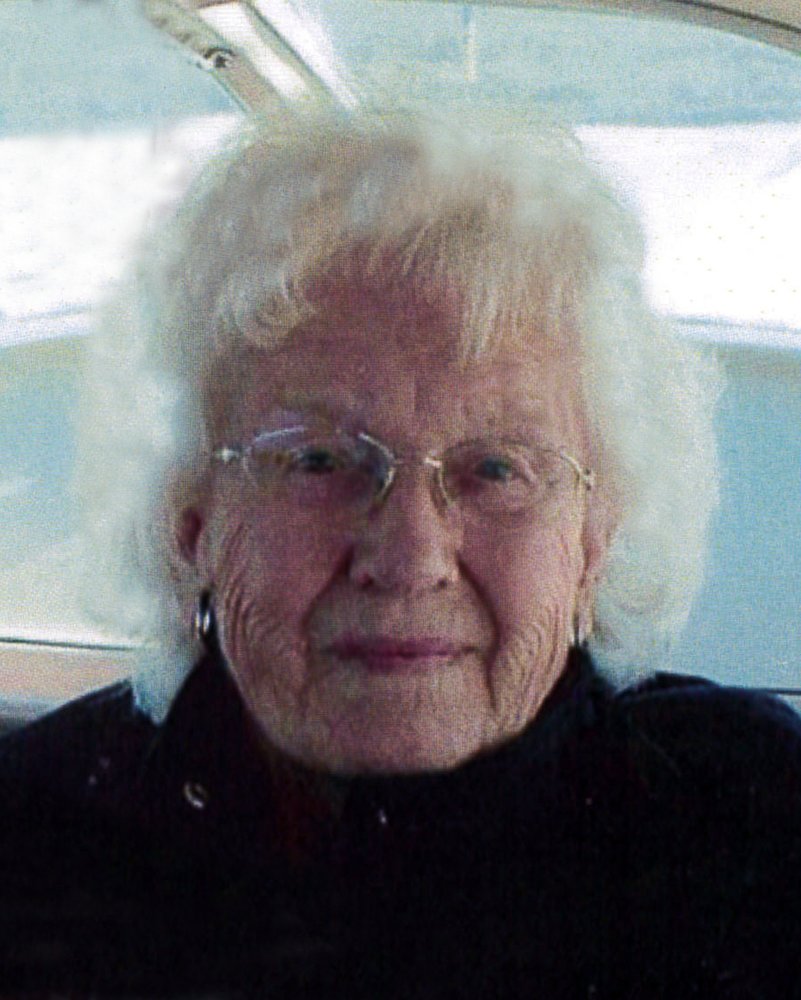 Beatrice Louise Campbell, age 96 of Riley, passed away Tuesday, March 28, 2017 at the Via Christi Hospital in Manhattan. She was born on September 28, 1920 in Hill City, Kansas, the daughter of Addison Ross and Mattie Bell (Gilliland) Blackford. On July 4, 1940, she was married to George A. Campbell in Hill City. They moved to Riley in 1963. George preceded her in death in 1995. She was a homemaker who enjoyed flowers, knitting, playing basketball, camping, enjoying nature and all the wildlife and most of all spending time with her family. She was a member of the Riley United Methodist Church She is survived by three sons, Larry Campbell of Fargo, North Dakota, Donald Campbell and wife June of Riley and Duane Campbell and wife Jeanette of Manhattan; one daughter, Sharon Greene of Riley; eight grandchildren, nine great grandchildren and two great great grandchildren. In addition to her husband, she was preceded in death by six brothers, Maurice Blackford, Wendell Blackford, Clair Blackford, Kenneth Blackford, Roscoe Blackford and Robert Blackford; one grandson, Brian Campbell and one daughter in law, Margaret Campbell. Funeral services will be held at 10:30 a.m. Saturday, April 1, 2017 at the Riley United Methodist Church with Rev. Bill Eisele officiating. Respect calls may be made anytime Friday at the Anderes-Pfeifley Funeral Home in Riley. The family will receive friends from 7 until 8:00 p.m. Friday. Burial will be in the Riley Cemetery. A memorials has been established for the Riley United Methodist Church. Contributions may be left in care of the Anderes-Pfeifley Funeral Home.
To order memorial trees or send flowers to the family in memory of Beatrice Campbell, please visit our flower store.