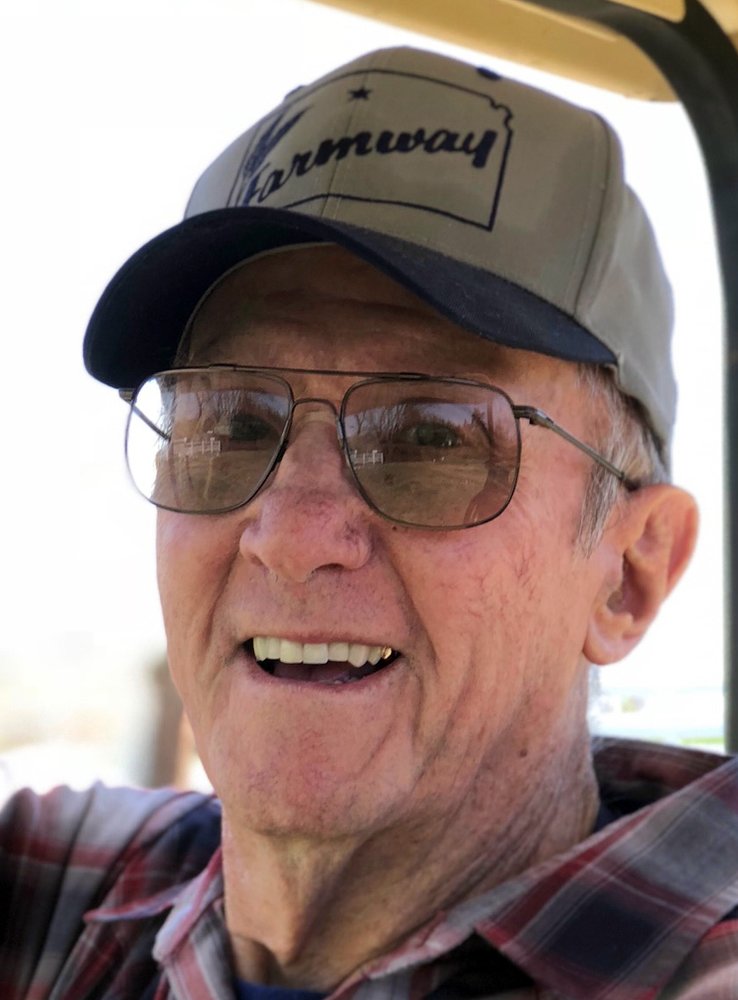 Arlan Dwight Trumpp, 86, passed away on Saturday, March 27, 2021, at Community Memorial Hospital in Marysville. He was born on October 15, 1934 to George and Margaret (Nanninga) Trumpp at the family homestead in Bala, KS. At the age of eight, the family moved to farm right outside Leonardville, where he lived until just a few years ago. He graduated from the Leonardville Rural High School. On April 12, 1953, he married Opal Bohnenblust in Topeka, KS. Arlan and Opal enjoyed 47 years together when Opal was taken from him in a senseless murder on December 15, 1999. His life changed drastically after that and he endured a great deal with the tragic loss of his wife and the ensuing murder investigation which lasted years. They raised two daughters, Beth Arlene and Vonda Lee. Music was a large part of Arlan and Opal’s life. Arlan played the trumpet, loved listening to music, especially Herb Albert and Roger Miller. Arlan and Opal loved to attend dances in the area. In their empty nest years, they enjoyed their weekly shopping trip to Clay Center and spending time with their grandchildren. Arlan was a farmer and stockman all of his life. He was a skilled welder, and had a gift of being able to look at something, measure it out, and build it. He drove a bus for USD 378 and enjoyed his activity trips, especially if it allowed him to spend time with his grandkids at their events. He also enjoyed a well stocked hospitality room at some of these activities and would tell the family all about them in great detail when he got home. He was a charter member of the Leonardville Lions Club, a member of the Leonardville United Methodist Church, and a loyal coffee drinker at Lloyd’s shop, at the Corner Store, or in later years, at the Riley Presbyterian Men’s Coffee Club. His sense of humor was unfailing, and no one appreciated a good joke or prank more. His laugh was truly infectious. In retirement, Arlan reconnected with his love of motorcycles, and put many miles on in search of the perfect cup of coffee and some good conversation with strangers that soon became friends. As his memory faded, he went to live at The Lighthouse Memory Care Facility in Marysville, KS. There, he found a wonderful environment filled with love, laughter, and lots of animals. He was able to reconnect with his sense of humor and one-line zingers. He will always have the claim to fame of being their first resident, and was referred to as “Ambassador Trumpp” for his practice of visiting with everyone, again, strangers that soon became friends. Arlan had a great impact on all of the staff at The Lighthouse, especially the young people that worked there. One of them said it better than anyone: “They don’t make men like Arlan anymore. He was the total package: charm, good looks, loyal friend, a laugh to carry anyone through a bad day, and all the fart jokes one could handle.” Arlan is survived by Beth Arlene Lankford, of Cypress, TX, and Vonda Lee (Jay) Copeland, of Riley, KS. Four grandchildren, Ashley Heaton, Cypress, TX, Andrew (Katie) Lankford, Cypress, TX, Betsy (Jory Harms) Copeland, Vallejo, CA, and Charlie Copeland, Manhattan; four great-grandchildren, Riley Lankford, Cypress, TX, Tripp Heaton, Cypress, TX, Opal Harms, Vallejo, CA, and two-week-old Alma Jean Harms, Vallejo, CA; nieces, nephews, cousins, and his family at The Lighthouse. Along with his wife, Opal, Arlan was preceded in death by his sister and brother-in-law, Barbara and Dolan Rundquist, and his brothers-in-laws and their wives, Dale and Betty Bohnenblust, LeRoy and Claryce Bohnenblust, a niece, Lisa Peterson, and a nephew, Darin Rundquist. Funeral services will be held at 2:00 p.m. Tuesday, April 6, 2021 at the Anderes-Pfeifley Funeral Home. Respect calls may be made from 9:00 a.m until 6:00 p.m. Monday, April 5, 2021 at the funeral home. Burial will be in the Leonardville United Methodist Cemetery, next to Opal, together again at last. Memorials have been established for either the Opal J. Trumpp Music for Life Scholarship Fund, which funds a scholarship every year for a Riley County High School senior, or to The Lighthouse Memory Care Center in Marysville, where Arlan received the most love imaginable. Contributions may be left in care of the Anderes-Pfeifley Funeral Home.
To order memorial trees or send flowers to the family in memory of Arlan Trumpp, please visit our flower store.
Send a Sympathy Card