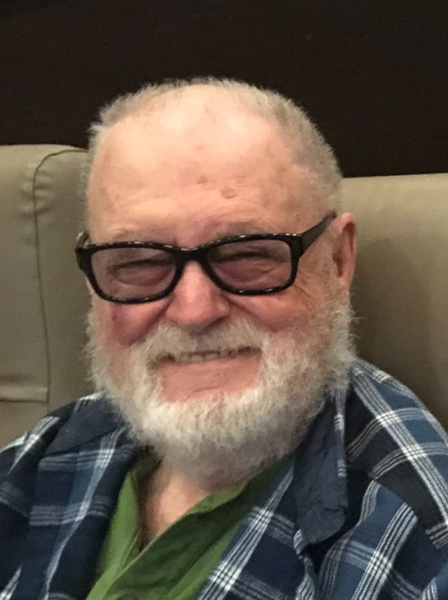 Alan Palmer Keith, age 84 of Manhattan, passed away on Wednesday, May 4, 2022 in Kansas City, Kansas after a brief illness and hospitalization.
He was born on September 10, 1937 in Glendale, California to Lloyd and Evelyn (VanAllen) Keith. He joked that he was “born in a garage and delivered by a veterinarian,” which wasn’t exactly true, but illustrates his humorous personality.
After high school, Alan joined the US Coast Guard and served for 22 years. Along with his first wife Judy, he served as the watchman at a handful of lighthouses. They had four children and shared many cross-country drives to duty stations. From the Coast Guard, he also fondly remembered his time on Lake Mead doing safety checks on casino boats where he met many Las Vegas showgirls.
With his second wife Sasha, he retired from the Coast Guard and began his second career in California with the US Postal Service. Together they had one daughter. When not working, you could often find him taking walks on the beach facing the San Francisco Bay. After 20 years, Alan retired from the Postal Service and relocated from Alameda, California to Manhattan, Kansas where he resided until his passing.
Alan’s favorite things were reading, chocolate chip cookies, playing cribbage, and spending time with family. If he had any regrets, it was that he never learned to juggle.
He is survived by his two brothers, Steve (Barbara) Keith and Geoff Keith; his first wife Judy Wakefield; four children Laura Keith, David (Carrie) Keith, Donna (Mitch) Morgan, and Courtney (Dan) Hochman; grandchildren Eddie, Elliot, Violet, Angela, Chris, Heather, Josh, James, Jessica, Jacqui, Jordan, Jacob, Beth, Sam, Jaidyn, Katie, and Debbie; and a bountiful 29 great-grandchildren.
He was preceded in death by his sister Mary Lou Keith, his second wife Sasha Keith-Brown, his favorite Aunt Mary T Bestenlehner, and his beloved daughter Debbi Patrick.
A celebration of his life will be held at 2:00 p.m. on Sunday May 15, 2022 at the Anderes-Pfeifley Funeral Home in Riley.
Memorials may be made in his honor to the Ronald McDonald House Charities and left in care of the Anderes-Pfeifley Funeral Home.
To order memorial trees or send flowers to the family in memory of Alan Keith, please visit our flower store.
Send a Sympathy Card