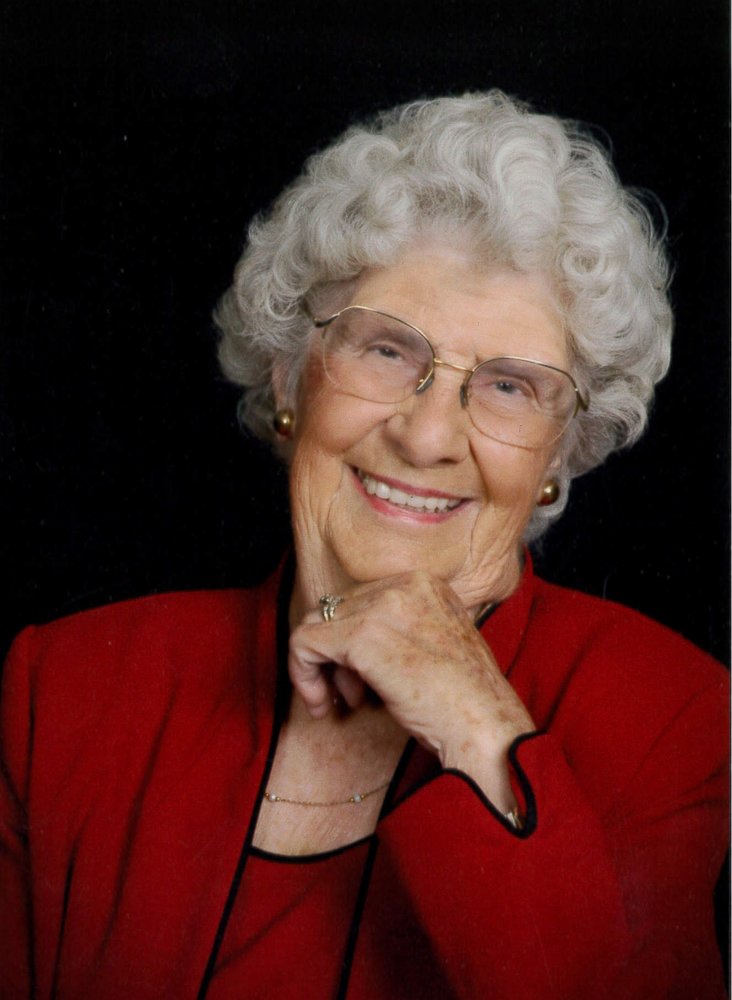 Ada Pearl (Yungeberg) Glanzer, age 90 years, 10 months and one day, of Randolph, passed from this life to her eternal home on Sunday, August 26, 2018 at the Via Christi Hospital in Manhattan surrounded by her family and friends.

Ada was born October 26, 1927 at Blue Rapids, the daughter of Glenn A. and Ester (Radford) Yungeberg.  She graduated from Blue Rapids High School in 1945. She was baptized August 31, 1941 into the Baptist Church and was confirmed April 28, 1948 at St. John’s Lutheran Church at Winkler.

On March 25, 1947 she was united in marriage to Earl L. Glanzer in Blue Rapids.  To this union, two sons were born, Steven L. and Charles E. Glanzer.

Ada was a homemaker and an avid companion to her husband Earl on the farm.  She was very active in her church and was a lifetime member of the Winkler Willing Workers.  She was a very caring, loving and helpful person whose door was always open to anyone.  She welcomed and enjoyed everyone’s company.  Ada loved to cook and bake and no one ever left her house hungry.  She loved the outdoors and managed to have a beautiful yard and flowers and garden.  Ada was the happiest when surrounded by her family and friends and especially all the grandchildren.

She was preceded in death by her husband, Earl Glanzer; her son, Charles Glanzer and four sisters, Imogene Yungeberg, Marge Borck, Geraldine Caffrey and Verna Brown.

Funeral services will be held at 10:30 a.m. Saturday, September 1, 2018 at the St. Peter’s Lutheran Church, south of Barnes, with Pastor Matthew Durance officiating.  The family will receive friends from 6:30 until 8:00 p.m. Friday at the Anderes-Pfeifley Funeral Home.  Burial will be in the St. John’s Lutheran Cemetery at Winkler, northwest of Randolph.

In lieu of flowers, memorials have been established for the St. John’s Lutheran Cemetery or St. Peter’s Lutheran Church and may be left in care of the Anderes-Pfeifley Funeral Home.

To order memorial trees or send flowers to the family in memory of Ada Glanzer, please visit our flower store.
Send a Sympathy Card