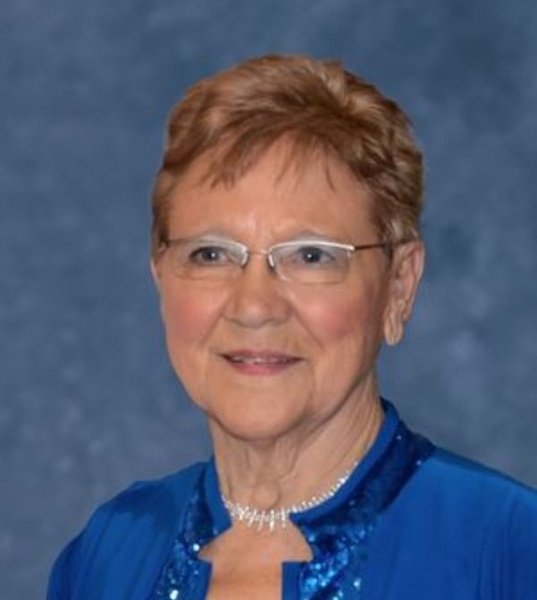 Delores A. Parker, age 85, of Waterville, passed away on Thursday, January 20, 2022, at Blue Valley Senior Living in Blue Rapids.

On June 3, 1956, she married D.O. Parker at St. Peter’s Lutheran Church, south of Barnes.Delores thoroughly enjoyed being a homemaker and farm wife, working alongside D.O. They were great partners in everything, sharing a love that most people could only dream of in their 65 years of marriage. Delores loved her family, spending as much time with each of them as she could. She was a great cook and one of her main goals was to ensure everyone was well-fed. She prepared meals for her family and for anyone else who showed up at the farm around mealtime. She spent many a harvest preparing three meals a day for the crew. No one ever left hungry!  Many people will remember her famous potato salad! It was a hit at any occasion and the recipe was never disclosed, although many have tried to duplicate it. Delores also made sure to make time for a 10 a.m. and 2 p.m. cup of coffee at the local restaurant with her close friends, especially Bev Hedke. The two of them consumed many a cup and hashed out the world’s problems. To top off a perfect day, she enjoyed a cold Bud Light on the deck of their home with whomever was around.

She loved to make sure the farmstead was in tip top shape, and many summer days you would find her on the John Deere riding mower cutting the grass. She was also a big sports fan, especially when it was her children or grandchildren playing. It would be fair to say that she and D.O. never missed seeing one of their games. They also enjoyed tailgating at K-State football games. They could also be found at the Linn Legion Sunday nights having a meal, a few drinks and many laughs with their friends. Delores will be remembered for always having a smile on her face.

Delores was a member of St. Mark Lutheran Church in Waterville, where she sang in the church choir and was a member of the Lutheran Ladies. She loved to sing in church and knew many hymns by heart. She would also play them on the piano, and never used a piece of sheet music as she played. In her younger years, Delores was also active in Young Farm Wives.

Delores was preceded in death by her husband D.O., her parents, a brother Melvin Behrens and a sister Norma (Flear) Mall.Viewing is from noon to 8 p.m., Tuesday, January 25, 2022, with visitation between 6 and 8 p.m., at Heisey Hall in St. Mark Lutheran Church in Waterville.Funeral services are at 10 a.m., Wednesday, January 26, 2022, at St. Mark Lutheran Church in Waterville, with The Reverend Susan Candea, Bishop officiating. Burial is at Riverside Cemetery in Waterville. Music includes congregational hymns of "Softly and Tenderly" and "Blessed Assurance" and Kim Oatney will sing “In The Garden.” The organist will be Beverly Hedke. Casket Bearers are Mike Parker, Alan Parker, Todd Parker and Chad Parker. Honorary Bearers are Delores’ grandchildren.

Memorials are suggested to St. Mark Lutheran Church and may be sent in care of Christie-Anderes Funeral Home at PO Box 61, Waterville, Kansas 66548.

To order memorial trees or send flowers to the family in memory of Delores A. Parker, please visit our flower store.