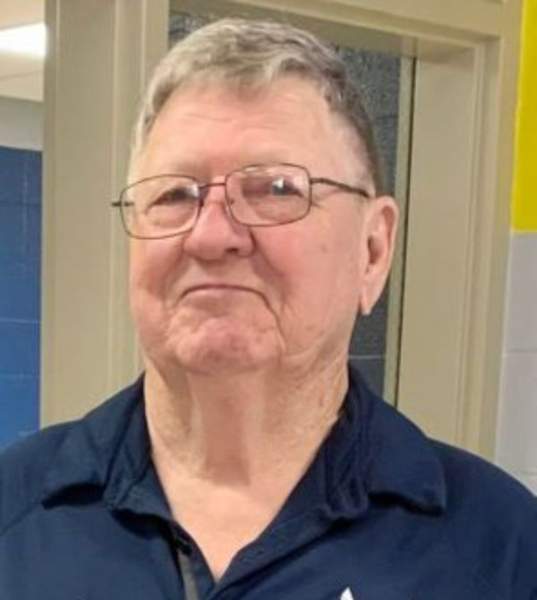 Donald L. Dodd, age 73, of Linn, entered Heaven on Friday, December 17, 2021, at Northeast Health Systems in Tahlequah, Oklahoma. Don, the son of Ralph L. and Bonnie J. (Lewis) Dodd, was born in Concordia on July 9, 1948. A graduate of Washington High School, Class of 1966, Don enlisted in the US Air Force in 1967. On August 3, 1969, he married Joyce E. Herrs, the love of his life, at St. John’s Lutheran Church, Palmer. Later that year he was Baptized and Confirmed into the Lutheran Church at Immanuel Lutheran Church, Clovis New Mexico. Don is a member of Immanuel Lutheran Church, Linn. He retired in 1988 as a Master Sergeant, serving his country for 20 years. He was proud of his service in the Air Force and shared his love with anyone that would listen. Don loved working as an Avionics Technician on the F-111 Fighter Bomber. After retiring Don worked for Herrs Machine repairing hydrostats, then at Scott’s Specialties in maintenance. Don was a youth leader at Immanuel Lutheran Church and then was led, by God, to pursue serving his church as a Deacon and currently served Afton Trinity, Waterville. Don was a devoted and loving husband, dad, and grandfather. He was a father that always had a joke to share and enjoyed making his loved ones laugh. Don was a passionate reader of Science Fiction and shared his loved of reading and naps with his family. His talent was being able to fix anything and keep it going. Don was very personable and loved to visit with people. Survivors include his wife Joyce, his three children: Tracy (Bryan) Wohler of Clay Center, Nicole (Shawn) White of Wichita, Ryan Dodd, Palmer Lake, Colorado, and, eight siblings (Don would say a family of three and a half dozen siblings): Gary (Mary) Dodd, Branson, Missouri, Mike (Jody) Dodd, Oakley, Dan (June) Dodd, Ontario, California, Ron (Mary) Dodd, Washington, Alan (Carla) Dodd, Washington, Virginia Woborny, Blue Rapids, Martha (Lynn) Teasley of Altamont, Illinois and Merry Beth (Calvin-JR) Roop of Washington, and by thirteen grandchildren. Don was preceded in death by his parents, brother-in-law Larry Woborny, nephews Benjamin Roop, Jeff Dodd, and Ethan Schuster. Visitation will be from 5:00pm to 8:00pm, Wednesday, December 29, 2021, at Immanuel Lutheran Church. Memorial services will be held at 10:00 am, Thursday, December 30, 2021, at Immanuel Lutheran Church, west of Linn, with Pastor Richard Rikli officiating. Prelude will be played by Aleah Staggenborg on her cello and Alyssa Kleinert will sing “The Lamb” accompanied by Susan Moore. Congregational hymns include “How Great Thou Art”, “Be Still My Soul” and “Amazing Grace”. Honorary Casket Bearers are Don’s grandchildren. Inurnment is at the Immanuel Lutheran Church Cemetery. Military honors will be presented by an Honor’s Detail from McConnell Air Force Base and the WHOLMOOR American Legion Post 237, Linn. Memorials are suggested to either Immanuel Lutheran Church or to the Wounded Warriors Project and may be sent in care of Terry-Christie Funeral Home at PO Box 61, Waterville, Kansas 66548.

To order memorial trees or send flowers to the family in memory of Donald L. Dodd, please visit our flower store.