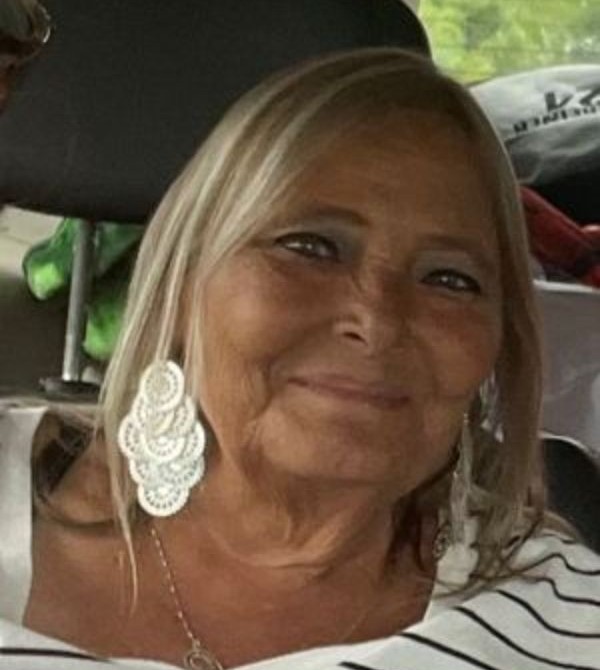 Marie Long, age 58, of Waterville, passed away on Friday, October 22, 2021, at Community Memorial Health Care in Marysville.Viewing is from noon to 8:00 pm, Thursday, with visitation between 6:00 and 8:00 pm, at Terry-Christie Funeral Home in Waterville. Graveside services are planned for 2:00 pm, Friday, November 5, 2021, at St. Michael’s Catholic Cemetery, at Kimeo, with Rod Christie officiating. Pre-recorded selection of “Let Her Fly” will be played. Casket bearers are: John Schreiner, Jarrod Schreiner, Johnny Schreiner, Cade Schreiner, Jax Schreiner, Cody Thompson, and Jerry Swigart. Honorary Bearers are: Ashton Schreiner, Jhett Schreiner, Aiden Schreiner, Scott Schreiner, Adam Schreiner, Jon Wilcox, Bill Wassinger, Wayne Thompson, Wayno Thompson, Troy Hollinger, Joey Hollinger, Timmy Naylor, Kevin "Bubba" Holt, Billy "BJ" Holt, Cavin Thompson , Mike Schmitz, Steve Rash.  Interment will follow the service.Marie was born May 6, 1963, in Los Angeles, California to Jerry Swigart and Faye L. Robbins. She grew up in California then in 1980 she moved to Kansas. She married Mike Long in Kansas City, Missouri in 1986. Marie had worked at various jobs over the years. She was co-owner, along with her husband Mike, of the Little Blue Saloon in Barnes, for many years. She also worked with her daughter Amber at the Schreiner’s Bar and Grill in Greenleaf.Her family from Kansas to Oklahoma meant the world to her, but she had an extra special bond with her daughters and grandchildren. Her family always knew they could go to Marie with anything bad or good and get unconditional love and support with no judgement. Along with being a huge Kansas City Chiefs fan, she enjoyed crocheting and taking care of her many plants that she kept at her apartment. Survivors include her two daughters Chalene (Jarrod) Schreiner of Frankfort and Amber (John) Schreiner of Waterville, three siblings: Jerry Swigart of Van Buren, Arkansas, Angel (Tim) Naylor of Cameron, Oklahoma and Deb Long of Greenleaf, by eight grandchildren, and cousin (like a son) Cody Thompson.Preceding Marie in death were her parents, a son Mikey, and her husband Mike. Memorials are suggested to the funeral home to help with funeral expenses and may be sent to Terry-Christie Funeral Home at PO Box 61, Waterville, Kansas 66548.

To order memorial trees or send flowers to the family in memory of Anna Marie Long, please visit our flower store.