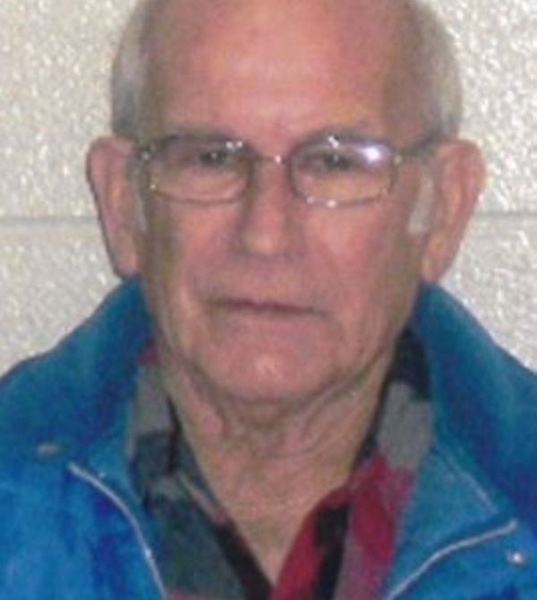 Gail A. Johnson, age 80 of Waterville, passed away on Wednesday, September 29, 2021, at Blue Valley Senior Living in Blue Rapids.Gail was born on February 2, 1941, at Green, to John “Irving” and Gerna M. (Siebold) Johnson. He graduated from Riley County High School in 1960. He married Vicki L Nelson in 1963, they later divorced. He owned and operated the Eastside Service in Waterville for many years. Later he worked for the Waterville COOP and for Titan Trailer Manufacturing.Gail was a member of St. Mark Lutheran Church, Waterville Lions Club and the Waterville Fire Department, as well as a founding member of the Blue River Street Rod Club.Gail never knew a stranger and enjoyed visiting and hanging out at the Corner Store where he was able to visit and have his coffee. Gail found great joy in his grandkids and their activities. He never missed a game and was an avid Valley Heights Mustang fan. Gail loved classic cars and had many over the years and was reunited with his beloved 1966 Dodge Polara the day before his death.Survivors include his two daughters, Regina (Scott) Blaske of Waterville and Robin (Kurt) Schuyler of Holton, a brother Mike (Cindy) Johnson of Leonardville, a sister Sharrie Peterson of Keats, five grandchildren and by six great grandchildren.Preceding Gail in death were his parents and a brother Gary Johnson.Viewing is from noon to 8:00 pm, Tuesday, with visitation between 6:30 and 8:00 pm, at Terry-Christie Funeral Home in Waterville.Funeral services are at 11:00 am, Wednesday, October 6, 2021, at St. Mark Lutheran Church in Waterville with Sister Mary Arie officiating. Music is to include congregational hymns of “Shall We Gather At The River” and “What A Friend We Have In Jesus”. Casket bearers include, Danny Johnson, Chad Johnson, Greg Johnson, Mitch Knight, Kirby Zimmerman and Lonnie Peterson. Burial will be at Pleasant Hill Cemetery, East of Green.Memorials are suggested to either St. Mark Lutheran Church or the Waterville Community Connection and may be sent in care of Terry-Christie Funeral Home at PO Box 61, Waterville, Kansas 66548.

To order memorial trees or send flowers to the family in memory of Gail A. Johnson, please visit our flower store.