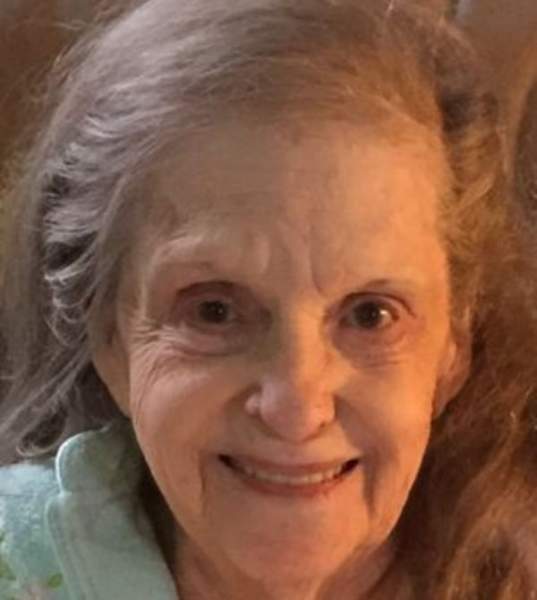 Carol Gean Claycamp, age 82, passed away Sunday, September 19, 2021, at Blue Valley Senior Living in Blue Rapids. She was surrounded by her husband, son (and wife), daughter (and husband), and grandkids as she took her final breath. Carol was born June 7, 1939, in Fairbury, Nebraska to William “Bud” and Alta Mae Singleton. She grew up in Blue Rapids and attended Blue Rapids Grade School through the 8th grade. Shemarried Larry Claycamp on December 1, 1957.After they were married they lived with Wayne and Mae Claycamp in Omaha, Nebraska until Larry was stationed in Germany with the Army. Carol stayed in Omaha and worked at Tip Top doing piecework making hair barrettes until she had enough money to join him in Germany. They returned to Blue Rapids to settle in 1964.Carol ran a daycare in her home until all three of their children were in school full-time and then she went to work for Valley Heights as a cook. If you ask her kids, they’ll tell you they weren’t ever able to get away from their mom at home or school! Despite having health issues, Carol was always up for being with her grandkids and attended nearly all their activities. She was especially excited to welcome the first great-grandbaby in March of this year and always referred to her as “My Baby”.  Many will remember Carol as a great cook and baker, especially her pies. She could spend hours looking through her many cookbooks. Carol was also a big fan of KU and all things gingerbread.Preceding her in death were her parents, a brother Sylvester “Al” (Jean) Singleton, and sisters Clara Mae (Wayne) Claycamp, Garnet Davis, and Anna (Glenn) Claycamp. Also, two infant sisters Sharon and Laqueta. Survivors include her husband Larry Claycamp, son Douglas (Tracy) Claycamp of Lawrence, son Darcy (Becky) Claycamp of Blue Rapids, daughter Trinda (Robert) Chase of Home, five granddaughters, two grandsons, one great-granddaughter, her brothers William “Bill” (Mary) Singleton and Harold “Butch” (Sharon) Singleton, and sisters Paula (Everett) Murk, Sharolyn “Sue” Hull and Lori (Chad) Patton. Viewing will be on Tuesday from noon to 8:00 pm at Terry-Christie Funeral Home in Waterville with a visitation from 6:00 pm to 8:00 pm. Funeral services are at 10:00 am Wednesday, September 22, 2021, at United Presbyterian Church in Blue Rapids with Pastor Shannon Borgman officiating. Jan Pope will play the pre-lude on the organ. Family friend Brooklyn Coleman will play the guitar and sing “Amazing Grace (My Chains Are Gone)” with Robert and Trinda Chase, and a solo “I Can Only Imagine”. Casket bearers are Hunter Chase, Ryan Claycamp Trevor Moser, Marc Scott, Mike Claycamp, David Murk and Greg Claycamp. Burial is at Prospect Hill Cemetery in Blue Rapids. Memorials are suggested to Meadowlark Hospice and may be sent in care of Terry-Christie Funeral Home at PO Box 61, Waterville, Kansas 66548

To order memorial trees or send flowers to the family in memory of Carol G. Claycamp, please visit our flower store.