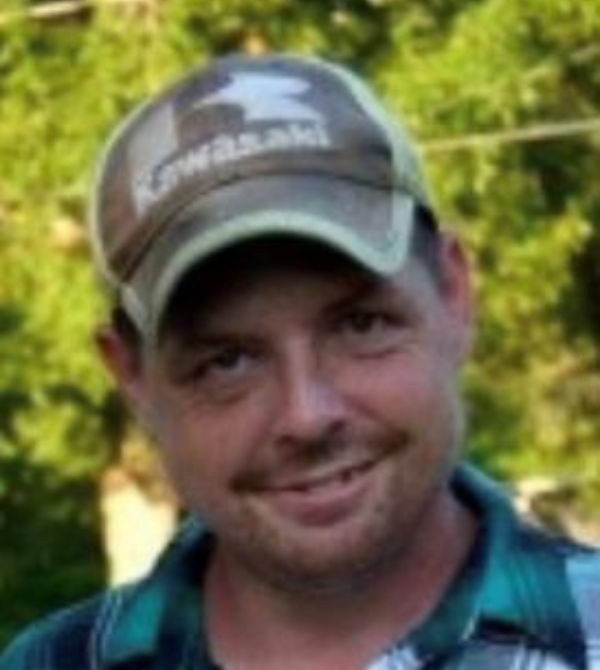 Daniel A. Little, age 40, of Greenleaf, passed away Sunday, August 29, 2021, Danny was born March 5, 1981, in Marysville to John H. and Sara E. (Yoder) Little. He grew up in Cherryvale, moving to Greenleaf when he was 15. Danny graduated from Clay Center High School in 1999. After high school he worked on a road construction crew for Brown and Brown Construction. Danny had a big heart, he enjoyed being with friends and family, and helping people with odds and ends. He also loved being on his “Farm” just east of Greenleaf, and taking care of his animals. When the opportunity was there he enjoyed getting out on his dirt bike.   Survivors include his mother Sara Little of Greenleaf, seven brothers and sisters: Lou Ann Little of Wichita, Katherine M. Krunze of Waterville, Mary Lou (Thad) Botkin of Marysville, Jesse J. (Sandy) Little of Blue Rapids, Lila M. (Dan) Swearingen and Barbara L. (Andrew) Grable of Blue Rapids, and Steven J. Little of Greenleaf, as well as many nieces and nephews. Preceding Danny in death was his father John H. Little. Viewing is from noon to 8:00 pm, Friday, at Terry-Christie Funeral Home in Waterville. Graveside services are planned for 11:00 am, Saturday, September 4, 2021, at Fairmont Cemetery in Blue Rapids with Mr. Rod Christie officiating. Music is to include “In Color” and “Broken Halo’s”. Casket Bearers are Andy Grable, Dan Swearingen, Ethan Kenworthy, Jimmy Mathis, Jesse Little and Dave Phelps. Honorary Bearers are Stevie Little, Mike “Kramer”, Michael Wilcox, Mendy Metcalf, Josh Link, Roger Wells and Kerry Roepke. Burial will be at Fairmont Cemetery.   Memorials are suggested to help with funeral expenses and may be sent in care of Terry-Christie Funeral Home at PO Box 61, Waterville, Kansas 66548.

To order memorial trees or send flowers to the family in memory of Daniel A. Little, please visit our flower store.
Send a Sympathy Card