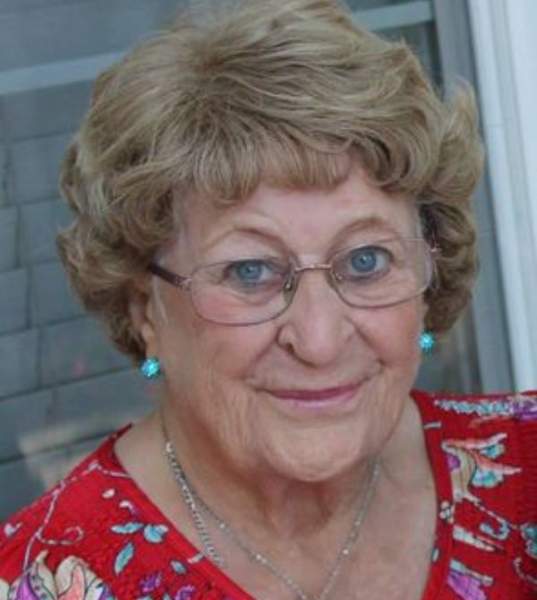 Julia Alice (Smith) Hodges, age 91, of Phoenix, Arizona, died Monday, May 31, 2021, in the Hospice of the Valley Home in Phoenix. A memorial service and inurnment will be held at 10:30 am, Saturday, September 11, 2021, at Greenwood Cemetery, south of Blue Rapids. At the same time, the family will also be remembering Julia’s sister, Josephine (Smith) Hetzke of Mound City, Kansas, who died June 28, 2021, at the age of 87, and nephew, Bill Garrett of Fairbury, Nebraska, who passed away April 5, 2021, at the age of 77. Julia was born February 25, 1930, at Waterville,  She was the ninth of ten children born to Bill and Hulda (Kneemeyer) Smith. Later her family moved to the Prairie Ridge area south of Blue Rapids, where she grew up on the family farm and where her love of gardening began. This love would be expressed in her paintings later in life. The family later moved to Blue Rapids where Julia attended school and graduated with the Blue Rapids High School Class of 1948. Julia married William “Bill” Hodges of Irving where they lived on a farm and Bill worked for Midland Parts and Bearing until 1956 when Tuttle Creek Dam was built. They then moved to Denver, Colorado, and then Kansas City, Missouri. In the late 60’s the family moved to Phoenix due to Bill’s health. Bill passed away in 2002. Son Allen graduated from high school there and joined the Marine Corps. He served four years and was stationed in Vietnam for 18 months. After his discharge, Allen moved to Sacramento, California where he earned a degree in Electrical Engineering and where he lived until his death in 1989. Julia worked for Goldwater’s Department Store for twenty-six years as Credit Manager and retired in 1999. Julia began taking painting classes when she was 45 years old and never looked back! She took painting classes at the Phoenix Washington Adult Center where she was asked to step in and teach the class, becoming a full time art teacher there. Julia continued to guide many students, young, old and not so young, down the pathway of self-expression until she retired at the wonderful age of 81. After her retirement from teaching in 2011, she still hosted a group who met at her home weekly to paint. This continued up until the time she entered into assisted living in 2020. One of Julia’s big accomplishments was painting the murals on the north wall inside “Our Daily Bread Bakery and Bistro” in Barnes, Kansas. She enjoyed painting these murals and  getting to spend time with her family while she was in town. Traveling became another passion for Julia. She traveled to Australia was well as Europe and had many other trips and cruises. While in Europe she visited the gravesite of her brother Ben, who was killed during the invasion of Italy in World War II. Many of her travels have included getting together with the Smith family descendants scattered throughout the United States. Julia had a zest for life with a very sharp wit! She enjoyed playing all types of games; and was always ready for a good time with family and friends. Many family and friends enjoy her paintings, quilt making, beautiful embroidery, and crochet work.  Her hands were never still. She will be greatly missed for her wit, humor and special friendliness. Memorials can be made out to the Julia Hodges Memorial, which will be designated to vereran’s needs, scholarships, the Blue Rapids Library and the Blue Rapids Museum. They may be sent in care of Terry-Christie Funeral Home at PO Box 61, Waterville, Kansas 66548.

To order memorial trees or send flowers to the family in memory of Julia Alice Hodges, please visit our flower store.