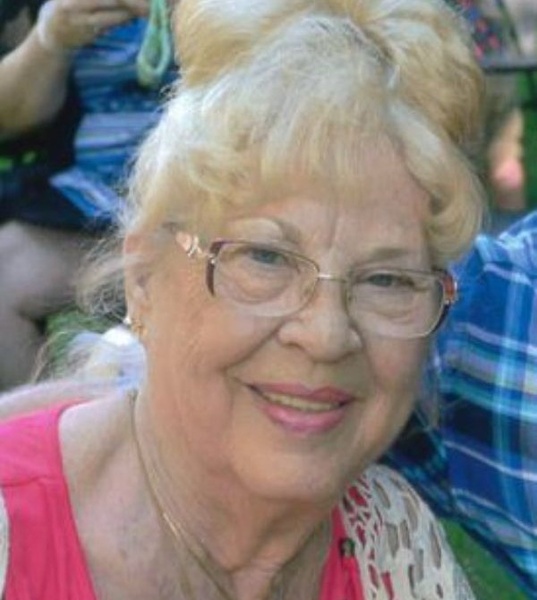 Linda L. Mann, age 79, of Waterville, passed away on Thursday, August 5, 2021, at Ascension Via Christi Hospital in Manhattan. Linda was born on July 29, 1942, at Clay Center, to Donald and Violet (Beam) Oberhelman. She attended school in Fairbury, Nebraska, then upon moving to Barnes finished school there and graduated from Barnes High School in 1960. She married Ronald P. “Ronnie” Mann on July 17, 1960. He passed away in 2018.  Linda had worked as waitress at the Country Inn in Waterville for many years. She also helped Ronnie operate their custom harvesting business. She cooked many meals for their crews and helped handle the business end too. Linda also sold Avon products earning several Presidential awards for her sales. She was a member of the Waterville United Methodist Church. Linda had the largest heart. She made you feel welcome and that she cared about you. She loved her Lord, her bible was well worn and she had many journals filled with special verses and prayers for friends and family. Her grandkids called her “Ma” and she would talk about anything with them. Survivors include her children: Tony (Ann) Mann and Tracy Mann of Waterville, four grandchildren: Brooklyn (Ron) Ewing of Emporia, Darren (Julie) Mann of St. Louis, Drew (Jordan) Broxterman of Waterville and Sara Mann of Waterville, seven great grandchildren: Everett, Brennan, Cheyenne, Morgan, Aiden, Divinity and Raelyn. Preceding Linda in death were her parents, husband and two infant sisters. Viewing is from noon to 8:00 pm, Monday, with visitation between 6:00 and 8:00 pm, at Terry-Christie Funeral Home in Waterville. Funeral services are at 10:00 am, Tuesday, August 10, 2021, at the Waterville United Methodist Church with Pastor Berniece Ludlum officiating. Hymns include “How Great Thou Art”, “The Old Rugged Cross” and “Amazing Grace” sung by Lynette Steele-Coon, accompanied by Beverly Hedke on the organ. Casket Bearers include: Darren Mann, Ron Ewing, Aiden Ewing, Jordan Broxterman, Mark Oberhelman and Rob Mann. Honorary Bearers are: Mike Mann, Kerwin Mann and Scott Blaske. Burial is at Riverside Cemetery in Waterville.   Memorials are suggested to the Waterville United Methodist Church and may be sent in care of Terry-Christie Funeral Home at PO Box 61, Waterville, Kansas 66548.

To order memorial trees or send flowers to the family in memory of Linda L. Mann, please visit our flower store.