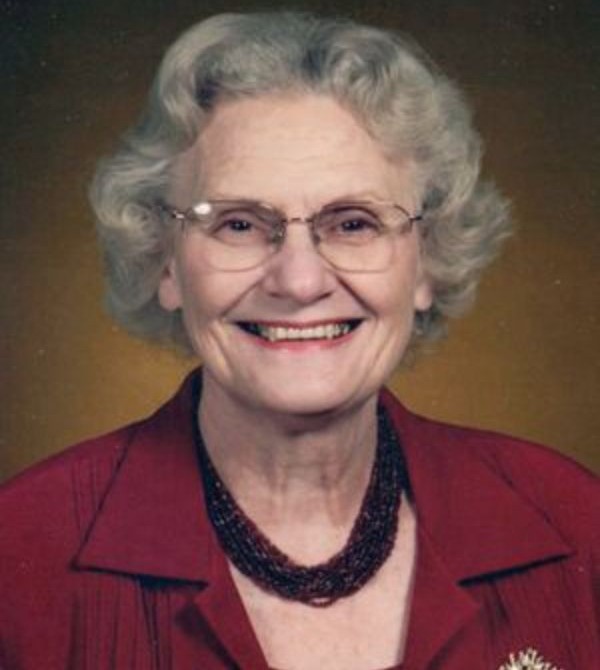 Anna Sophia Marie Siemers Hula, 91, passed away Friday, July 16, 2021, in Topeka.             Anne was born in Parker, South Dakota, on January 13, 1930, to John Herman Frederick George “Jack” Siemer and Mary Velma (Spunaugle) Siemer. She moved to Blue Rapids, Kansas, at the age of seven, where the family acquired a pool hall on the public square and added an “s” at the end of their family name. Anne taught piano lessons in high school and served as the pianist and organist for the First Presbyterian Church in Blue Rapids. She graduated from Blue Rapids High School in 1947 and the University of Kansas in 1951. She married her husband, Harold L. Hula, on June 24 of that year. She taught English at Ozawkie Rural High School for a year before completing a Master’s degree in Library Science at Florida State in 1953. For the most of the next four decades she taught and served as a school librarian at numerous schools in the Topeka Public Schools, including Holliday, Jardine, Avondale West, Boswell, and Robinson. She was later an active member of the Topeka Area Retired Teachers Association and served as its president.            She was a devoted mother and educator who shared her love of reading with her own children and generations of students. She was also an enthusiastic traveler and an unstoppable collector of cookbooks. She wielded a commanding intellect and an insatiable curiosity, which together drove her commitment to helping students succeed. An old-school librarian who expected chair feet on the floor, lowered voices in the library, and gum in the trash can, Anne had a quick sense of humor and an inexplicable fondness for a stuffed gorilla named Eli and his custodial namesake. She took special delight in creating school bulletin boards celebrating seasons, holidays, books, and student achievements. Anne was fiercely proud of her mother and father, extended family, and her small town roots, and she devoted many years to the hobby of genealogy.             Anne is survived by her spouse of 70 years, Harold, Topeka, sons Christopher (Julie) of Overland Park, Kansas, and Kevin (Susan) of Towson, Maryland, and grandchildren Megan, Brennan, and Keanan. She was preceded in death by her parents and half siblings Nolan H. Siemer, Lois E. Callison, Doris M. Hesse, Marion F. Siemers, along with numerous uncles and aunts.  Viewing is from noon to 8:00 pm, Tuesday, with visitation between 6:00 and 8:00 pm, at Terry-Christie Funeral Home in Waterville.             Funeral services are at 1:30 pm, Wednesday, July 21, 2021, at the United Presbyterian Church in Blue Rapids, with Pastor Shannon Borgman officiating. Casket Bearers are Chris Hula, Kevin Hula, Megan Hula, Brennan Hula, Keanan Hula, and Tony Spunaugle. Burial is at the Czech-Moravian Cemetery, south of Blue Rapids.            Those wishing to contribute a memorial in lieu of flowers may consider the Blue Rapids Historical Society, the United Presbyterian Church of Blue Rapids, or the First Presbyterian Church of Topeka and may send these in care of Terry-Christie Funeral Home at PO Box 61, Waterville, Kansas 66548.

To order memorial trees or send flowers to the family in memory of Anne Hula, please visit our flower store.