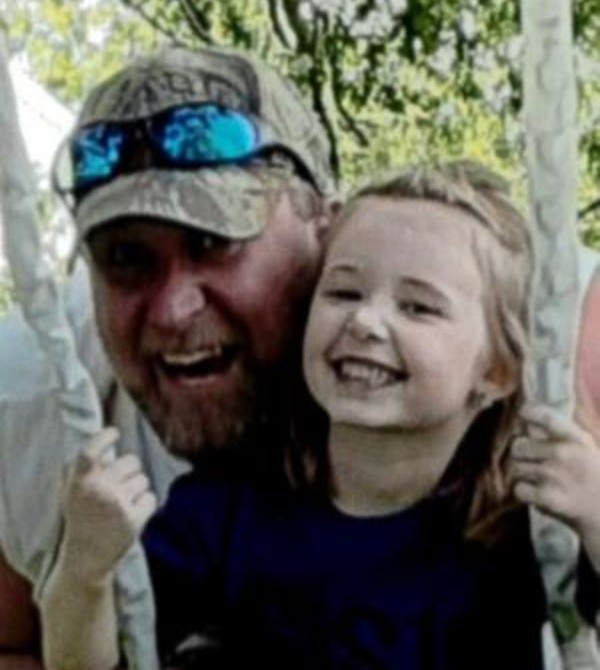 Michael L. “Mike” Miller, age 48, of Marysville, passed away on Friday, July 9, 2021, unexpectedly of a heart attack doing what he loved on his farm north of Waterville. Mike was born on February 9, 1973, at Marysville, to Melvyn L. and Roseann E. Miller. He worked as a welder for Landoll’s in Marysville. He married Kelly D. Wells on April 28, 2012, at Marysville. Mike is a member of the North American Hunting Club. In 2008 he was ranked 125th in the rifle category with Buckmasters having a score of 169.  Mike loved to hunt, but also loved NASCAR and Huskers Football. You could hear him yelling clear down the street during a Husker’s game and you couldn’t find a bigger Jeff Gordon or Dale Earnhardt, Sr. fan. He loved his children and was a “great” grandfather to his grandchildren. There wasn’t much that he wouldn’t do for them, including wearing a tiara.  Survivors include his wife Kelly, his father Melvyn and wife Arlene Miller of Greenleaf, children: Chevy Imel of Marysville, Kelsey (Joshua) Kenworthy of Blue Rapids and Emily (Brian) Bussman of Odell, brothers and sisters: Norman (Misty) Miller of Marysville, Lorie (Stacy Newman) Gentry of Pacific Junction, Iowa, Sharon (Doug) Huband of Washington, Sandra (Jay) Tidyman of Salina and Mark (Jenny) Wiemers of Manhattan, and four grandchildren. Preceding Mike in death were his mother Roseann, a grandson Chevy Dean Allan Imel and a brother in law Doyle Gentry. Viewing is from noon to 8:00 pm, Wednesday, with visitation between 6:00 and 8:00 pm, at Terry-Christie Funeral Home in Waterville. Funeral services are at 11:00 am, Thursday, July 15, 2021, at Terry-Christie Funeral Home in Waterville with Mr. Rod Christie officiating. Music is to include pre-recorded selections of “Fly to the Angels”, “Broken Halos” and ­­­­­­­­­­­­­­­­­­­­­“Never Let You Go”. Honorary Bearers are Chevy Imel, Matt Bartels, Joshua Kenworthy, Alex Wells, Jeff Mesler, Steve Foley, Phil Mentgen, Scott Dutton, Larry Prine and Stacy Newman.  Cremation will follow the service with a private family inurnment at Prospect Hill Cemetery on a later date.Memorials in lieu of flowers are suggested to either St. Jude’s Children’s Hospital or to the 4-H Livestock Building Fund and may be sent in care of Terry-Christie Funeral Home at PO Box 61, Waterville, Kansas 66548.

To order memorial trees or send flowers to the family in memory of Michael L. Miller, please visit our flower store.