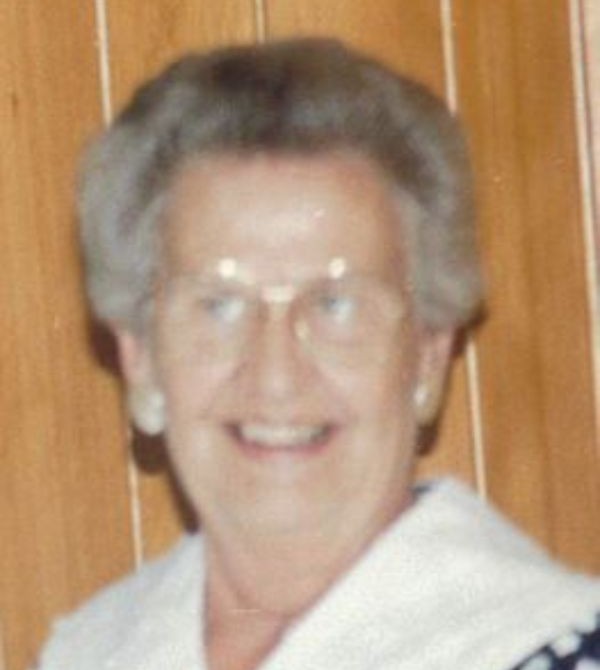 Marjorie W. Vogler, age 95, of Barnes, passed away peacefully at her home on Wednesday, June 2, 2021. Marjorie was born February 13, 1926, at Winifred, to Richard D. and Kittie M. (Hunt) Wullschleger. After high school she was attending nurses training when she met and then married her first husband Joseph Clark. He passed away a few years later. On March 11, 1952 she married Dwerl E. Vogler. He passed away in 1997.Marjorie was a farm wife. When she was younger she had worked for several newspapers including the Fairbanks News Miner and the Marysville Advocate. She was a member of the Barnes United Methodist Church, Marshall County EHU and the Ballard Falls Needle Club. She was also a member of the Washington County Farm Bureau, where she served three years as President. Marjorie enjoyed sewing and quilting. She made wedding and prom gowns as well as clothes for herself and her family. She also enjoyed baking, especially pies. She was an avid bird watcher and loved living on the family farm. As a young woman she made many trips to Alaska with her husband Dwerl, often spending the summers there.Marjorie was preceded in death by her parents, both of her husbands Joe and Dwerl, a son Richard Vogler, a granddaughter, Jodi Vogler, a sister, Ruth Gee and two brothers, Richard Wullschleger and Robert Wullschleger.Survivors include two sons: William D. “Bill” (Sue) Vogler of Barnes and Frederick S. “Max” Vogler of Barnes, three grandchildren and three great grandchildren. Graveside inurnment services will be held at 10:30 am, Friday, June 25, 2021, at Pine Hill Cemetery, north of Barnes, with Titus Mohler officiating. Memorials are suggested to either the Alzheimer’s Association or Meadowlark Hospice. Donations to either charity may be sent in care of Terry-Christie Funeral Home at PO Box 61, Waterville, KS 66548.

To order memorial trees or send flowers to the family in memory of Marjorie W. Vogler, please visit our flower store.