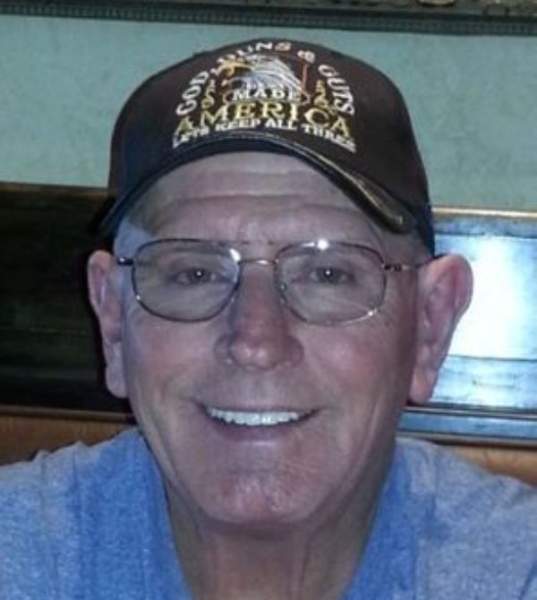 Frank M. “Mick” Crook, age 67, of Blue Rapids, passed away at Blue Valley Senior Living in Blue Rapids on Friday, March 5, 2021.Mick is the son of Marilyn A. (Wilson) and Charles E. Crook, Jr. He was born on December 13, 1953, in Fairbury, Nebraska. His dad was in the US Army, so his family moved several times during his early years. His family settled down in the Hollenberg area where they lived when Mick graduated from Washington County High School in 1971. He served in the Kansas Army National Guard. He married Kelly L. Crook on May 2, 1990 at Marysville. He had worked as a welder for over thirty years, the last eighteen for Titan Trailer Manufacturing in Waterville. He retired in 2018.Mick was a member and strong advocate of the NRA. He loved to hunt, fish, camp and boat. He also enjoyed bowling and a good party with family and friends. He greatly valued honesty and hard work.Survivors include his wife Kelly, his five children Jeremy L. (Kristina) Crook of Blue Rapids, Jason B. (Olivia) Crook of Blue Rapids, Jordan T. (Cassidy) Crook of Waterville, Jason M. Crook and Amy Hoover, a brother Charles E. (Laura) Crook, III of Wa Keeny, a sister Michelle (Gary) Ginn of Belleville, seven grandchildren and one great grandchild.Preceding Mick in death were his parents.Cremation is planned with a celebration of life to be held at 3 pm, Saturday, March 20, 2020, at the Waterville Golf Course community room.  Memorials are suggested to American Cancer Society and may be sent in care of Terry-Christie Funeral Home at PO Box 61, Waterville, Kansas 66548.

To order memorial trees or send flowers to the family in memory of Frank M. "Mick" Crook, please visit our flower store.