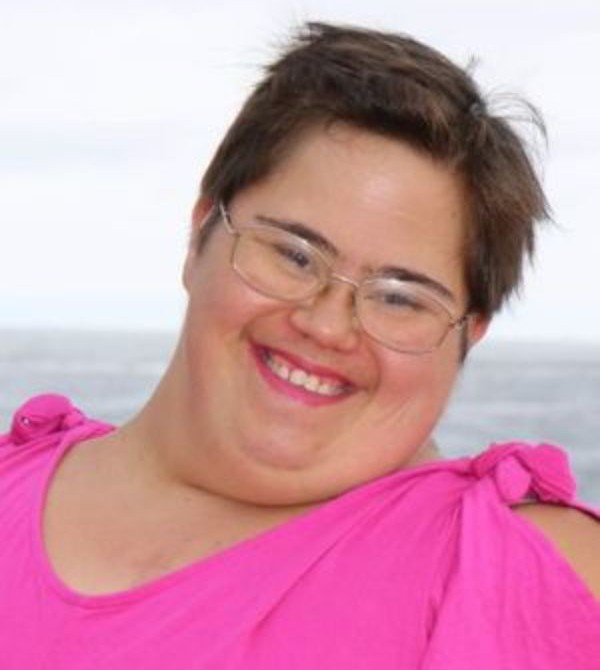 Louella Lou “Lulu” Kurtz, age 37, of Blue Rapids, passed away at her home on Monday, January 25, 2021.Lulu was born January, 21, 1984 in San Diego, California, the daughter of Larry L. and Frances “Carol” (Yungeberg) Kurtz. She graduated from Santa Fe Trail High School near Scranton in 2002. Lulu worked as a Customer Service Specialist for The Wearhouse Thrift Store in Waterville. She was a member of St. Mark’s Episcopal Church in Blue Rapids, the Twin Valley Job Club and the Coffee Buddies Coffee Club.Be Happy:) Lou lived by that every day! She never met a stranger and those who knew her were touched by her. Her smile would light up a room and her giggle was infectious. She loved her family, Kanani her American Girl, her friends, her pets and everyone else’s, FROZEN especially Elsa, KU and Michael Jackson. Downtown Waterville looked forward to Lulu singing and dancing her way up and down Commercial Street. She will always be our ray of sunshine! Survivors include her mother, Carol, a brother Lawrence (Kinlan) Kurtz of San Diego, California, five sisters: Dawna (Paul) Kalogris of Chicago, Illinois, Ruthie (Michael) Kurtz-Bosley of Manhattan, Kansas, Amanda Heidebrecht of Topeka, Agnes “Eki” (David) Casillas of San Diego, California and Stacey (Jason) Whiting of Waterville, Kansas, as well as many other extended family and friends.Preceding Lulu in death was her father, Larry and biological mother, Maselina Kurtz.Viewing is from noon to 8:00 pm, Friday, with visitation between 6:30 and 8:00 pm, at Terry-Christie Funeral Home in Waterville.Due to COVID and the size of St. Mark’s Episcopal Church, seating will be limited inside the church. However, the service will be available live on the funeral home’s Facebook page shortly before the start of the service.The funeral service will be held at 10:00 am, Saturday, January 30, 2021, at St. Mark’s Episcopal Church in Blue Rapids, with Father Greg Doll officiating. David Merz will sing “Somewhere Over The Rainbow” and Kim Oatney will sing “Let It Go” and “Dancing In The Sky” Casket Bearers are James Lutau, Daniel Lutau, Tony Yungeberg, Kris Beckley, Jackson O’Toole and Tanner Whiting. Honorary Bearers are Maddox O’Toole, Bryon Nemechek, Trayton Claycamp, Kadin Claycamp, Tim Claycamp, Preston Zvolanek and Braden Vandevord.    Burial will follow the service at 2:30 pm at Scranton Cemetery, near Scranton, Kansas. “We Are The World” will be played following the graveside service.Memorials are suggested to either; St. Mark’s Episcopal Church or Twin Valley Developmental Services, and may be sent in care of Terry-Christie Funeral Home at PO Box 61, Waterville, Kansas 66548.

To order memorial trees or send flowers to the family in memory of Louella Lou Kurtz, please visit our flower store.